Nigel Benn Net Worth: Nigel Benn is a former British boxer who has a net worth of $20 million. Also known as the "Dark Destroyer", he held world titles in the middleweight and super-middleweight divisions. Nigel Gregory Benn was born on 22 January 1964 in Ilford, Greater London, England. There he finished the Loxford School of Science and Technology.

Later he joined the army and served in the troubles for 18 months. Nigel Benn made his beginnings in boxing as an amateur and thus he held a record of 41 wins and one single defeat by Ron Douglas. In 1987 he turned professional and started a winning streak with knockouts. During that period he defeated Abdul Umaru for the Commonwealth middleweight title. In May 1989, at Finsbury Park, London, he successfully defended his title against Michael Watson. Next, he faced Doug Dewitt, from whom he took the WBO middleweight title. On August 1990, he managed to defend his title to Iran Barkley. However, three months later he lost his belt to Chris Eubank. Two years later, 10 October 1992, Benn went against Mauro Galvano for the WBS super middleweight title. He won the match with a TKO. He held onto the title until 1996, when he lost it from Vusi Malinga. Later, he tried but failed to take the WBO super middleweight title. He retired that same year, following the second loss from old rival Steve Collins. After his boxing career he worked as a DJ, starred in a reality show called "I am a celebrity… Get me out of here" and was part of the documentary movie "Fallen Soldier". In 2011, Benn released his autobiography "Dark Destroyer". Now, Ben lives a quiet life with his family in Sydney, Australia. Aside from boxing, Nigel Benn is also known for his charity work. Namely, he is the patron of a children's charity that helps children with life treating conditions, as well as their families. 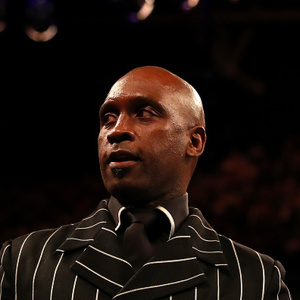