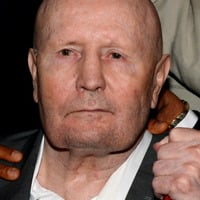 Mills Lane net worth: Mills Lane was an American former boxing referee, professional boxer, judge, and television personality who had a net worth of $2 million at the time of his death. He died on December 6, 2022 at the age of 85. Mills Lane was born in Savannah, Georgia in November 1937. He was a boxing referee from 1971 to 1998 and was known for refereeing "The Bite Fight" between Evander Holyfield and Mike Tyson. Before that he served in the United States Marine Corps and was the NCAA boxing champion. He competed at the 1960 Summer Olympics and reached the semifinals. Lane starred on the court television series Judge Mills Lane from 1998 to 2001. Lane's likeness was used for the MTV TV series Celebrity Deathmatch. He has authored the books Let's Get It On: Tough Talk from Boxing's Top Ref as well as Nevada's Most Outspoken Judge. In 2013 he was inducted into the International Boxing Hall of Fame.