His stance is orthodox, and his professional boxing records consists of 37 total fights, 34 wins, 23 wins by knockout, three losses, and zero draws. His nickname is "Mile High," and he began boxing in college after pursuing wrestling in high school. He served a five-month prison sentence before returning to the ropes to knockout Lenin Arroyo in the second ring. 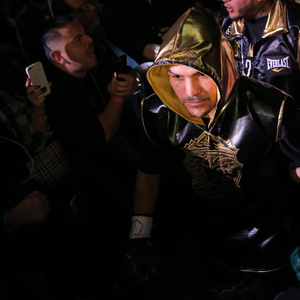