Micky Ward net worth and career earnings: Micky Ward is a retired American boxer who has a net worth of $500 thousand dollars. Born in Lowell, Massachusetts, Micky Ward was an accomplished boxer, with multiple Golden Gloves Championships to his name, when he decided to join the professional circuit in the mid-80s.

He started out very well and won his first fourteen fights in the Junior Welterweight Division. However, he began to have problems in the early 90s, and subsequently retired from the sport. During his time away from the sport, he finally dealt with his right hand, which had serious damage. Multiple surgeries, that transferred bone from his pelvis to his damaged hand, helped to strengthen the weakened hand. His half-brother, former boxer Dicky Ecklund, convinced him to return to boxing. He launched a comeback in 1997, and won his first nine fights. He became WBU Intercontinental Light Welterweight Champion, and made it to the Championship fight for the 1997 IBF Light Welterweight title, but ultimately lost. He won the WBU Light Welterweight title in 2000, and retired again in 2003. Fight Magazine chose his fights in 2001, 2002, and 2003 as the Fights of the Year. He was the subject of the Oscar winning film, "The Fighter" starring Mark Wahlberg. 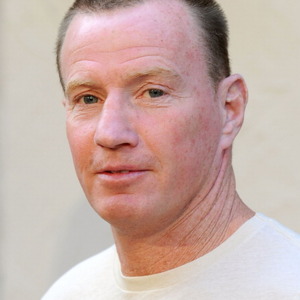