Leon Spinks net worth: Leon Spinks was a retired American boxer who had a net worth of $400 thousand dollars at the time of his death in 2021. Leon is probably best-known for defeating Muhammad Ali in 1978 to take the title of undisputed heavyweight championship. He earned at least $5 million during his career but unfortunately experienced financial problems later in life. His finances were reportedly not managed well and at one point was forced to take a job as a janitor at a YMCA in Nebraska.

Born in St. Louis, Missouri, Leon Spinks made his professional boxing debut in early 1977. Just one year, and only eight fights later, he won the world heavyweight title, beating famed boxer, Muhammad Ali. However, he refused to defend his title in his next fight, and the WBC stripped him of the title. He agreed to a rematch with the Ali, but ultimately lost. From then on, his career had its ups and downs. He dropped into the cruiserweight division later in his career, and boxed with intermittent success until December of 1995. Over the course of his professional boxing career, he won twenty-six bouts, and lost 17. Prior to turning pro, he also won a Bronze medal at the 1974 World Amateur Championships in Havana, and a Gold Medal at the 1976 Olympic Games in Montreal. 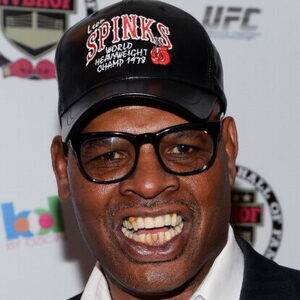