What is Lennox Lewis' Net Worth?

Lennox Lewis is a former professional boxer and three-time heavyweight champion who has a net worth of $140 million. He is considered by many to be the greatest British boxer of all time. His 2002 fight against Mike Tyson generated a then-record 1.95 million Pay Per View buys. During his career, Lennox earned hundreds of millions of dollars from guaranteed purses and, more importantly, PPV bonuses. He earned roughly $50 million from that one Tyson fight alone.

Lennox Claudius Lewis was born on September 2nd, 1965 in West Ham, London, England. His parents were originally from Jamaica. When he was born, he weighed over 10 lbs. When he was twelve, he moved to Ontario, Canada with his mother. He attended Cameron Heights Collegiate Institute, a public school located in Kitchener, Ontario.

At school, he was heavily involved in sports, playing Canadian football, soccer, and basketball. When he was thirteen, he decided that his favorite sport was boxing, and he began training and quickly became a successful amateur boxer.

In 1983, he won a gold medal at the Junior World Championship, and at age eighteen, he was asked to represent Canada in the Super-Heavyweight division at the 1984 Summer Olympics in Los Angeles. At the time, he was named the 6th best heavyweight boxer in the world by the International Boxing Association. He advanced to the quarterfinals at the Olympics but lost to Tyrell Biggs of the United States who went on to win the gold medal. Following the Olympics, he decided to continue boxing as an amateur in order to be able to compete in the 1988 Summer Olympics. He lost to Petar Stoimenov of Bulgaria in the 1986 World Championships, but he won a gold medal later that year at the Commonwealth Games.

In 1987, he lost by decision at the 1987 Pan American Games with the South American judges favoring his Cuban opponent and the US judges favoring Lewis. He continued as an amateur and won several more titles prior to traveling to Seoul, South Korea for the 1988 Summer Olympics. He won a gold medal for Canada in the super-heavyweight class and was the first Canadian boxer to win gold in fifty-six years.

He returned to his home country of England to begin his professional boxing career in 1989. He signed with boxing promoter Frank Maloney and was undefeated for his first twenty-two professional fights. He quickly rose in the ranks, and in 1992, he agreed to fight Donovan "Razor" Ruddock, and the winner would go on to box either Riddick Bowe or Evander Holyfield. Bowe won his fight against the reigning champion Holyfield, and Lewis knocked Ruddock out in the second round. Rather than defend his title against Lewis, Bowe relinquished the belt, and Lewis was given the World Boxing Championship title in December of 1992. He was the first world heavyweight titleholder from Britain in the 20th century. He successfully defended his title three times. In September of 1994, he lost it in a controversial fight where the referee called a technical knockout. Although Lewis had stood up by the count of six, he stumbled forward, and the referee deemed him unable to continue. 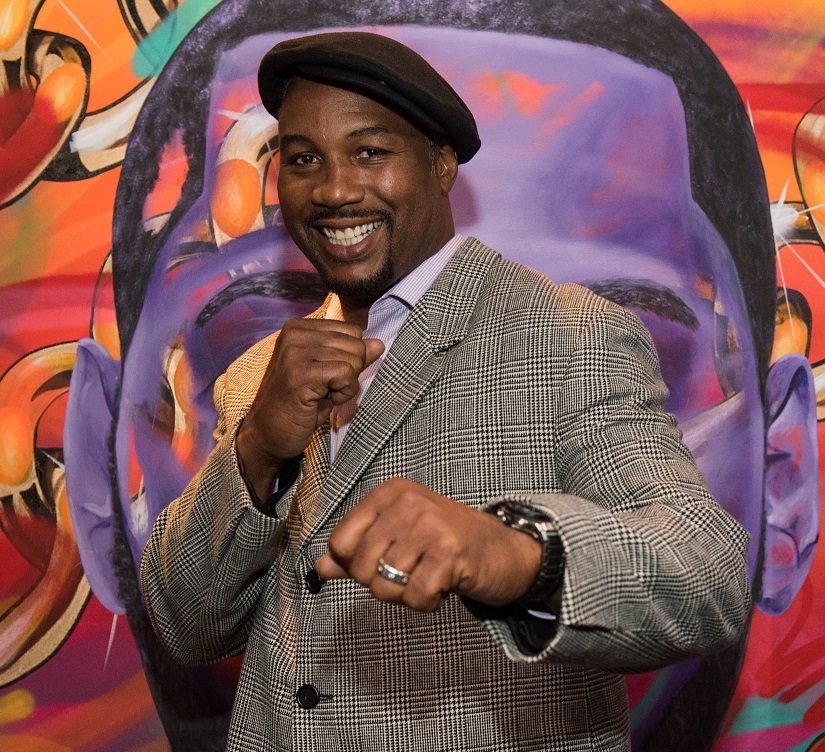 Following the loss of his title, Lewis hired renowned boxing trainer Emmanuel Steward to replace his former trainer, Pepe Correa. A comeback fight between Lewis and Lionel Butler was supposed to allow Lewis the chance to regain his title if he won, but after he did win, the World Boxing Commission decided to give Mike Tyson the opportunity for the title instead. Tyson won the title, and Lewis later sued to force him to make a mandatory defense of the title. The suit was settled, and Tyson defended his title against Bruce Seldon, then relinquished it. Leaving the WBC title vacant set up a comeback fight between Lewis and McCall, which occurred in February of 1997 in Las Vegas. Lewis won after McCall began to cry and refused to continue after the third round. In 1998, he faced off against the World Boxing Association and International Boxing Federation title holder Evander Holyfield, but the fight was controversially declared a draw. A rematch was scheduled for eight months later, and the judges unanimously declared him the winner, making him the undisputed heavyweight champion. In 2002, he successfully defended the title against Mike Tyson. In 2004, Lewis retired with forty-one wins, two losses, and one draw. He had an impressive thirty-two wins by knockout. In 2008, he stated that he would be willing to come out of retirement to fight in a matchup with Riddick Bowe He was a boxing analyst on HBO's "Boxing After Dark" from 2006 to 2010.

Other Endeavors and Personal Life

Lewis appeared on the American hip-hop duo Reflection Eternal's debut album titled "Train of Thought," released in 2000. The following year he had a minor role in "Ocean's Eleven" which featured George Clooney, Brad Pitt, and Julia Roberts. In the film he is seen boxing Wladimir Klitschko. He appeared as himself in the comedy sports show "The Jersey" in 2002, and he made a cameo appearance in the music video for the Jennifer Lopez and LL Cool J song "All I Have" in 2003. He played in the World Series of Poker in 2006 and 2007 but did not win any money. He was on NBC's Celebrity Apprentice in 2008 and finished fourth out of fourteen. Lewis is an avid chess player and funded an after school program to help teach underserved kids how to play chess. Also in 2008, he made a public service announcement for the domestic violence awareness campaign Do Something.

Lewis is married to Violet Chang, a former Miss Jamaica runner-up, and the two live in Miami Beach. They have three children together.