Larry Holmes net worth: Larry Holmes is a retired American boxer who has a net worth of $18 million dollars. Larry Holmes was born on November 3, 1949 in Easton, Pennsylvania, which also eventually provided his boxing nickname, The Easton Assassin. Throughout his career, Holmes became known for his incredible rate of success, landing him as one of the most accomplished boxers in heavyweight history.

From 1978 until 1983 he was the WBC Heavyweight Champion, and the Ring Heavyweight Champion from 1980 until 1985, as well as the IBF Heavyweight Champion from 1983 until 1985. With his 20 winning boxing title defenses, he is the second most-winning athlete within the sport, coming behind Joe Louis who had 25. For his efforts, Holmes was named into the International Boxing Hall of Fame in 2008. After retiring, Holmes moved back to his hometown of Easton where he has since settled down. He has also taken on various business ventures with his earnings from his boxing career. He has since hired more than 200 workers through these companies and holdings, which have included an office complex, restaurants, a nightclub, slot machines, and more. He also works as a co-host for the TV talk show called What the Heck Were They Thinking? 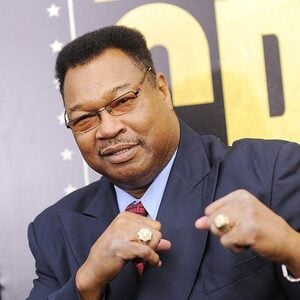