Lamont Peterson Net Worth: Lamont Peterson is an American professional boxer who has a net worth of $800 thousand dollars. Lamont Peterson was born January 24, 1984 in Washington, D.C. Nicknamed "Havoc", his boxing record to date boasts 35 fights (32 of which were wins), 16 wins by knockout, 2 losses and one draw.

He is known for competing in the light welterweight division of boxing and as the current International Boxing Federation's (IBF) Light Welterweight Champion. Lamont Peterson and his younger brother Anthony Peterson have been regularly featured on ESPN boxing telecasts and their story has been frequently discussed on the show. The Petersons were left without parents at an early age; their father went to prison and their mother suffered personal issues. The brothers were reportedly homeless on the streets of Washington, DC for several years. While homeless as grade-schoolers, they were noticed by Barry Hunter, a boxing coach. Over time, Hunter developed their boxing skills while mentoring them and both brothers morphed into amateur boxing stars. During his amateur career, he won the 2001 National Golden Gloves Lightweight Champion and became U.S. champion in 2003. Peterson returned to the ring to defend his IBF Light Welterweight title on February 22, 2013 against Kendall Holt at the Walter E. Washington Convention Center, where Peterson retained his title by TKO (Technical Knock Out) against Holt. 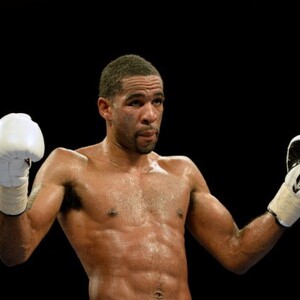