What is Laila Ali's Net Worth?

Laila Ali is a retired American professional boxer who has a net worth of $10 million. Although Laila is perhaps best known for being the daughter of boxing legend Muhammad Ali, she has become a successful television personality and professional boxer in her own right. During her eight-year boxing career, Ali established herself as one of the best female boxers around. She eventually retired undefeated, having won a number of titles. These included the WBC, WIBA, IWBF, and IBA female super middleweight titles, as well as the IWBF light heavyweight title.

Laila Amaria Ali was born on December 30th of 1977 in Miami Beach, Florida. Born to Muhammad Ali and his third wife, Veronica Porché Ali, Laila initially became a manicurist by the age of 16. After graduating from high school, she attended California Santa Monica College and earned a business degree. Before she started boxing professionally, she ran her own nail salon.

Laila started boxing at the age of 18. Initially inspired by Christy Martin, she announced her intention to become a professional boxer during an interview with Diane Sawyer on an episode of "Good Morning America." While her father was eventually supportive of her decision, he expressed concerns about her safety early on.

Her first professional match came in 1999 against April Fowler. Under normal circumstances, the bout would have generated little interested. However, it received considerable coverage because Laila was the daughter of Muhammad Ali. Laila knocked Fowler out and claimed her first victory. Another win came against Shadina Pennybaker with a TKO. Eventually, Ali had won nine matches in a row. The helped her generate a considerable following, with many fans calling for a match against Jacqui Frazier-Lyde, the daughter of Joe Frazier.

In 2001, fans finally got their wish, and the two boxing daughters squared off. Ali won in a majority decision, although both women walked away with serious injuries. Ali left the ring with a fractured collarbone and a bloodied nose. The match was credited with advancing women's boxing considerably, and it was the first main-event pay-per-view match between two women.

Ali then took a year off before returning in 2002 to beat fighters like Shirvelle Williams and Suzette Taylor. Later that year, she retained the IBA title and added the WIBA and IWBF belts with a win over Valier Mahfood, a world champion. Mahfood fought Ali again in a rematch, and the result was the same. However, Laila suffered serious injuries during this second bout, including a serious cut on her eyelid and a bloodied nose.

In 2003, Laila fought the woman who inspired her to become a professional boxer, Christy Martin. She knocked her idol out in the fourth round. Another knockout came against Nikki Eplion in 2004, allowing Laila to retain the world title. Later in 2004, Ali fought and beat Monica Nunez before claiming the IWBF Light Heavyweight title with a victory against Gwendolyn O'Neil. She finished the latter fight with a knockout once again. 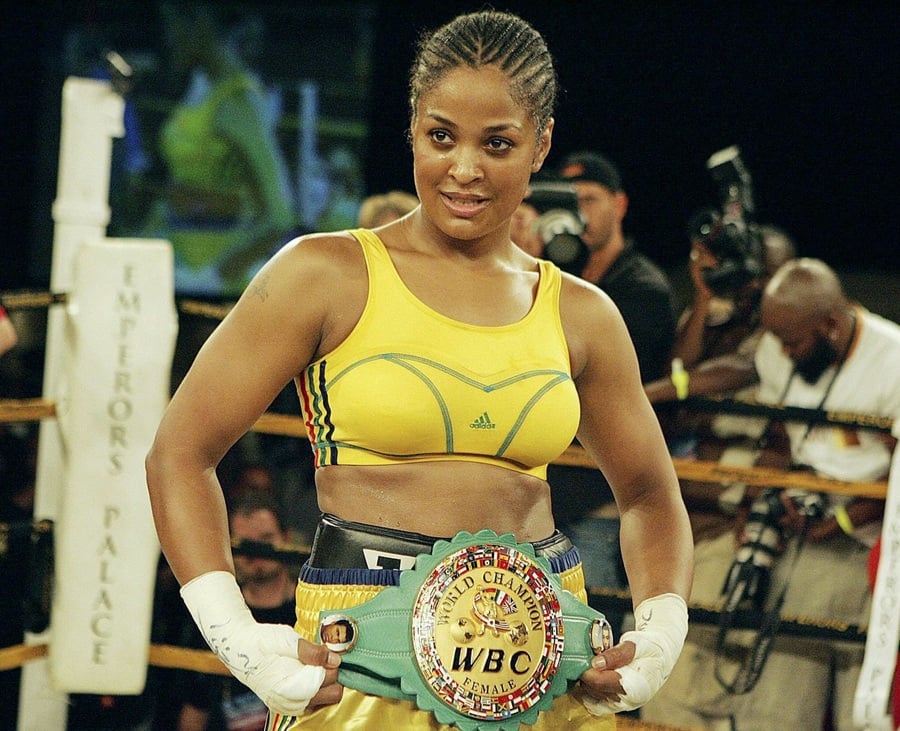 Further victories came in 2005. First, she beat Cassandra Ceiggar in the eighth round with a TKO. Next, she defeated bitter rival Erin Toughill, finishing the fight in round three to claim the World Boxing Council title. Laila promised to "punish" Toughill after the fighter mocked Ali's father. Finally, Ali beat Åsa Sandell, finishing the fight with a TKO in the fifth round.

By 2006, Laila's career had begun to slow down. She started by announcing a world tour and a new fight with Ann Wolfe, although the fight never happened. She fought Selley Burton that year instead, winning with a TKO in the fourth round. She fought Gwendolyn O'Neil once more in South Africa in 2007, winning her last match in the first round with a TKO. She ended her career with a record of 24 wins, zero losses, and zero draws. Her 24 wins included 21 knockouts and three decisions.

Outside of acting, Laila has enjoyed a successful entertainment career. One early appearance came in 2000, when she took a role in an episode of "The Jersey." More appearances came in shows like "One on One," the "George Lopez" show, and "Real Husbands of Hollywood." In 2007, Laila gained further prominence after competing in season four of "Dancing with the Stars." Despite her having no dance experience Ali came in third place.

In 2008, she hosted "American Gladiators" alongside Hulk Hogan. This led to another appearance in an episode of "Celebrity Family Feud." Later in 2008, she joined "The Early Show" as a correspondent. Throughout the next few years, Laila appeared in shows like "The N's Student Body," " Yo Gabba Gabba!," "Everyday Health," "Stars Earn Stripes," "The Biggest Loser," "Fashion Police," "Celebrity Wife Swap," and "Chopped: All Stars."

In 2013, she began hosting her own show for CBS called "All In with Laila Ali." A further hosting role came with "Late Night Chef Fight on the FYI network. In 2014, she appeared in a film called "Falcon Rising." After competing in "The New Celebrity Apprentice," Ali appeared in "The Masked Singer" and voiced herself in an episode of "Scooby-Doo and Guess Who?"

Various figures have criticized Laila for avoiding big fights. These observers claim that many female boxers challenged Ali unofficially, but she didn't accept the proposed fights. In her defense, Laila has claimed that negotiations tend to fall through because her challengers make unrealistic demands of her. She also claimed that her challengers knew that they will fade to obscurity after fight her, and so they demanded unrealistic sums of money.

Laila was married to boxer Johnny McClain from 2000-2005. She married former NFL player Curtis Conway in 2007. They have two daughters together.

In 2015 Laila and Johnny paid $1.5 million for a house in the LA suburb of Woodland Hills. 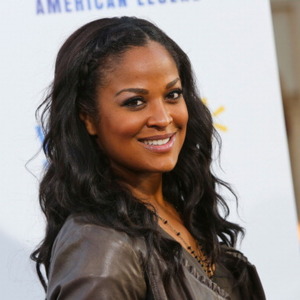