Kelly Pavlik Net Worth: Kelly Pavlik is a retired American professional boxer who has a net worth of $6 million dollars. Kelly Pavlik was a The Ring, WBC, and WBO Middleweight champion after beating Jermain Taylor on September 29, 2007, until he lost his titles to Sergio Martínez on April 17, 2010. Kelly Pavlik was born on April 5, 1982 in Youngstown, Ohio where he grew up on the south side of Youngstown, in the traditional ethnic Slovak neighborhood of Lansingville.

He graduated from Lowellville High School and Mahoning County Joint Vocational School in 2000. Pavlik has been trained by Jack Loew of Youngstown's South Side Boxing Gym for his entire career. His loyalty to his neighborhood and his unassuming, unglamorous lifestyle have earned him praise inside and outside the world of boxing. Pavlik turned professional in 2000 and won his first 26 fights before stepping up in competition on October 7, 2005, to face Fulgencio Zúñiga for the vacant NABF Middleweight title. Zúñiga scored a knockdown with a left hook in the first round, but Pavlik recovered quickly and dominated the rest of the fight. On July 7, 2006, Pavlik defeated the former WBO Light Middleweight Champion Bronco McKart with sixth round technical knockout in his first defense of his NABF Middleweight title. Pavlik headlined in his hometown at the Covelli Centre on November 2, 2006, and put on a dominant performance against Lenord Pierre. Pavlik scored a knockdown with a right hand late in the first round, and rocked Pierre repeatedly in the second and third rounds. January 19, 2013 Kelly Pavlik announced his retirement from boxing. He had apparently been suffering seizures for some time. 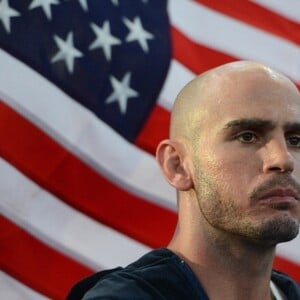