By the time he retired, he had won won 56 of his 64 bouts with seven losses and one draw. Juan Manuel Marquez earned $5 million from his third fight against Manny Pacquiao on December 8th 2012. If Marquez had beaten Pacman, he would have been entitled to a $10 million rematch. On May 17, 2014, JMM defeated Mike Alvardo in a 12 round unanimous decision. His purse for the fight was $1.6 million. He is now a periodic boxing analyst. 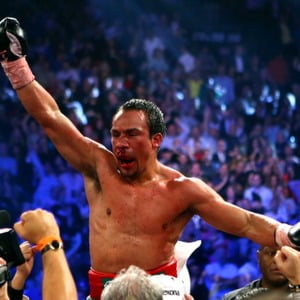