He challenged Carlos Baldomir for the WBC international welterweight title but was disqualified after two head-butts. He won the African Boxing Union welterweight title. In 2005 he defeated Marcos Primera and won the Interim WBC Continental Americas Light Middleweight championship. He challenged Antonio Margarito for the World Boxing Organization title but broke his hand in the fourth round. Clottey defeated Zab Judah in 2008 for the IBF Welterweight title, before losing it in 2009 to Miguel Cotto. Clottey was defeated by Manny Pacquiao in 2010 as a replacement for Floyd Mayweather Jr. After the match he retired from boxing. He later returned in 2013 after citing managerial problems. In April 2014 he defeated Anthony Mundine to win the WBA International Light Middleweight title. His brothers are boxers Emmanuel and Judas Clottey. 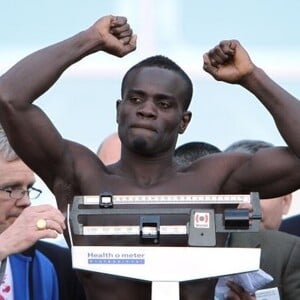