John Fury net worth: John Fury is a British boxing cornerman and former professional boxer and bare-knuckle fighter who has a net worth of $2 million. He is best known for being the father of Tyson Fury and Tommy Fury.

John Fury was born in Galway, Ireland in May 1964. He is the father of boxer Tyson Fury and boxer and reality TV star Tommy Fury as well as the uncle of boxer Hughie Fury. John Fury started his professional boxing career in 1987 and fought for eight years through 1995. He competed in 13 bouts. During his career he fought against the likes of Adam Fogerty, David Hopkins, and Steve Garber. John Fury has been very vocal and was involved in a dispute with former boxer David Haye. John Fury appeared in the ITV documentary television series Tyson Fury: The Gypsy King. He has also appeared on episodes of the TV series This Morning and Good Morning Britain. 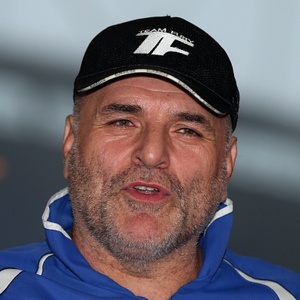