What was Joe Frazier's net worth?

Joe Frazier was a World Heavyweight Champion boxer who competed from 1965 to 1981. Joe Frazier had a net worth of $100 thousand at the time of his death in 2011. Among his myriad achievements, he was the first boxer to beat Muhammad Ali, and reigned as the undisputed heavyweight champion from 1970 to 1973. Frazier finished his career with 32 wins, four losses, and a single draw.

Unfortunately, Frazier struggled financially after his boxing career. He admitted later in life that during his peak financial earning years he was far too generous with friends and family and not a very good businessman. On November 8th, 2011 Frazier died of liver cancer. Boxing champ Floyd Mayweather, a huge fan of Smokin Joe, offered over twitter to pay for Frazier's funeral costs.

Joe Frazier was born in 1944 in Beaufort, South Carolina, and was raised by his sharecropper parents Rubin and Dolly in the rural community of Laurel Bay. At the age of 15, he began working on a farm for a white family named Bellamy. After witnessing Jim Bellamy beat a young black boy who had accidentally damaged one of the family's tractors, Frazier realized he needed to leave Beaufort. He went to work at the local Coca-Cola plant to make some money, and later hopped on a bus traveling northward. Frazier eventually settled in Philadelphia, Pennsylvania.

Frazier had a successful amateur career in boxing, winning three Golden Gloves Heavyweight Championships from 1962 to 1964. Overall, his amateur record was 38-2. In 1964, Frazier had further success at the Summer Olympics in Tokyo. Sent in as a replacement for the injured Buster Mathis, he won the gold medal in the final against German Hans Huber.

In 1965, Frazier turned professional when he defeated Woody Goss by a technical knockout in the first round. He went on to win three more fights that year, all by knockout. Later in 1965, a training accident left Frazier legally blind in his left eye.

Frazier was sent to Los Angeles in 1966 to train with Eddie Futch, under whom he adopted his bob-and-weave defensive technique. Frazier had his greatest year yet in 1967, winning all six of his fights. Additionally, he won by a knockout in a New York State bout against Buster Mathis, paving the way for his claim to the Heavyweight Championship. Frazier defended his claim by defeating Mexico's Manuel Ramos, and then by beating Oscar Bonavena. In 1969, Frazier defended his New York State Athletic Commission title by defeating Dave Zyglewicz in a first-round knockout, and Jerry Quarry in a seventh-round stoppage.

World Championship and Fight of the Century

To kick off 1970, Frazier went up against WBA Champion Jimmy Ellis at Madison Square Garden, and won by a technical knockout. For his first title defense, Frazier fought and defeated World Light Heavyweight Champion Bob Foster.

In March of 1971, Frazier took on Muhammad Ali in what was dubbed the "Fight of the Century." The highly competitive contest saw Frazier losing the first two rounds, but coming on strong after the third round with powerful left hooks. Ultimately, Frazier won a 15-round unanimous decision to claim the title. He twice successfully defended his title the next year, knocking out both Terry Daniels and Ron Stander. 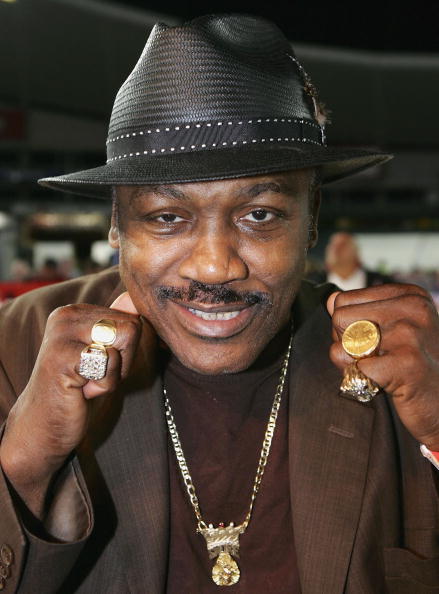 Despite being the favorite, Frazier lost both his undefeated 29-0 record and his world championship in early 1973, when he was beaten by George Foreman in Kingston, Jamaica. However, Frazier won his next fight in a 12-round decision over Joe Bugner in London. Following this, in 1974, he went up against Muhammad Ali for a second time in New York City, this one a non-title fight. Ali ultimately won a 12-round unanimous decision. Later, Frazier notched wins against Jerry Quarry and Jimmy Ellis to again establish himself as the top heavyweight challenger.

Frazier and Ali fought for the third and last time in Manila, Philippines in October of 1975. Nicknamed the "Thrilla in Manila," Ali won the brutal bout by technical knockout. The next year, Frazier took on George Foreman for the second time in a grueling bout. Following two knockdowns from Foreman, the fight was halted in the fifth round; shortly after, Frazier announced his retirement.

Even though he had technically retired, Frazier attempted a comeback in 1981. He drew over ten rounds with Floyd Cummings, and then retired permanently. Following this, Frazier helped train his children Marvis and Jacqui, both of them boxers. The latter child went on to become a WIBA World Light Heavyweight Champion.

Also after retiring, Frazier lent his voice to two episodes of "The Simpsons," in which he played himself.  He continued to live in Philadelphia, where he owned and managed a boxing gym. Before putting the gym up for sale in 2009, he formed the Smokin Joe Frazier Foundation with the help of Peter Bouchard. The aim of the Foundation is to give back to youth who are troubled and in need.

In the 70s, Frazier formed a soul-funk group called Joe Frazier and the Knockouts. He toured widely across the US and Europe, and recorded a number of singles, including "Knock Out Drop," "You Got the Love," "First Round Knock-Out," and "Little Dog Heaven."

Frazier married Florence Smith in 1963; the couple divorced in 1985. Frazier had five children with Smith, as well as others with women from previous relationships. The children are Marvis, Jacquelin, Weatta, Natasha, Jo-Netta, Derek, Brandon, Joseph Rubin, and Joseph Jordan.

In late 2011, Frazier was diagnosed with liver cancer. He was quickly placed under hospice care, where he passed away at the age of 67. A private funeral was held shortly after; in addition to family and friends, it was attended by Muhammad Ali, Don King, Magic Johnson, and Dennis Rodman, among other sports greats. 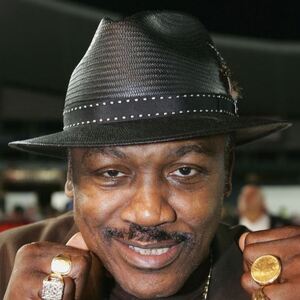