Vargas had an amateur record of 120-20 and was part of the 2008 Mexican Olympic team. He made his professional boxing debut with a win over Joel Gonzalez in 2008. Jessie Vargas defeated Wale Omotoso in 2013 to win the vacant WBC Continental Americas welterweight title and bring his record to 22-0. In 2014 he beat Khabib Alkakhverdiev to win the WBA and IBO super lightweight titles. Vargas suffered his first loss in 2015 to Timothy Bradley. He beat Sadam Ali in 2016 to win the vacant WBO welterweight title but lost it in his next fight to Manny Pacquiao. Jessie Vargas has his first draw against Adrien Broner in 2018 to bring his record to 28-2-1. 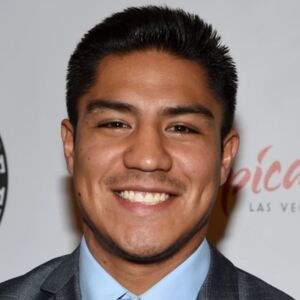