Jermall Charlo net worth: Jermall Charlo is an American professional boxer who has a net worth of $3 million. Jermall Charlo was born in Richmond, Texas in May 1990. He has competed as light middleweight and a middleweight. He was kept out of the Olympics by an injury and had an amateur record of 65-6. Jermall Charlo made his professional boxing debut in August 2008 with a win over Cimarron Davis. He defeated Michael Finney in Mach 2015 to bring his record to 21-0. Charlo defeated Cornelius Bundrage in September 2015 to win the IBF junior middleweight title. He defended the title against the likes of Austin Trout and Julian Williams. Jermall Charlo won the vacant WBC interim middleweight title by defeating Hugo Cenento Jr. in April 2018. He retained the title against Matt Korobov in December 2018 and Brandon Adams in 2019 to bring his record to 29-0 with 21 knockouts.

Career Earnings: Jermall earned $500,000 from his 2016 fight against Austin Trout. He earned roughly the same for his bouts against Julian Williams, Matt Korobov and Hugo Centeno Jr.. He reportedly grossed $700,000 from both his fight against Brandon Adams and Dennis Hogan. He then earned $1.25 million for the match against Sergiy Derevyanchenko. 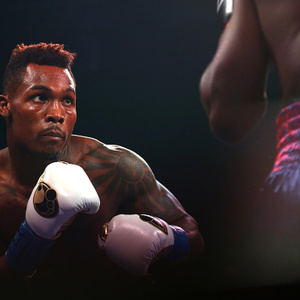