Jermain Taylor Net Worth: Jermain Taylor is an American professional boxer who has a net worth of $100 thousand dollars. Jermain Taylor was born in Little Rock, Arkansas in August 1978. As an amateur Taylor won two National Golden Gloves and Police Athletic League Championships and a bronze medal at the Goodwill Games in 1998.

He won the bronze medal at the 2000 Olympics and became the first boxer form Arkansas to compete in the Olympic Games. His professional boxing debut came in January 2001 at Madison Square Garden in New York City where he defeated Chris Walsh. In 2003 he defeated Rogelio Martinez to win the vacant WBC Continental Americas Middleweight title. In 2005 Taylor defeated Bernard Hopkins to win The Ring, WNBC, WBA (Super), WBO, and IBF Middleweight titles. After a record of 27-0-1 he lost his first fight to Kelly Pavlik in 2007. Taylor's last fight was a win over Juan Carlos Candelo in December 2013 to bring his record to 32-4-1. He is scheduled to face Sam Soliman for the IBF Middleweight title. Jermain married WNBA player Erica Taylor and the couple has three daughters. In August 2014 Taylor was charged with two felonies after shooting his cousin in his home in Little Rock, AR. 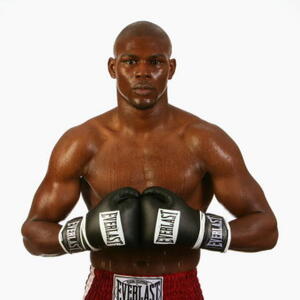