James Toney Net Worth and salary: James Toney is an American professional boxer who has a net worth of $2 million dollars. James Toney was born August 24, 1968 in Grand Rapids, Michigan. A professional boxer since October 26, 1988, when he beat Stephen Lee by a technical knockout in the second round, Toney was scouted as a teenager and trained by Gregory Owens, who was also his trainer through the mid-nineties. Toney became known as "Lights Out". He went on to win IBF world titles as a middleweight, super middleweight and cruiserweight and has made nine successful title defenses. Toney's style consists of a technique known as the shoulder roll, which he replicated from old school boxers and he is recognized as one of the finest defensive boxers of the modern era. Toney came close to becoming only the third man in history to win a world title as a former middleweight in the heavyweight division, however his 2005 decision victory over John Ruiz was later changed to a 'no decision' after Toney tested positive for steroid use. He claimed he took the drug to heal a shoulder injury from a previous bout. Toney holds notable victories over Michael Nunn, Reggie Johnson, Mike McCallum, Iran Barkley, Charles Williams, Vassiliy Jirov, Evander Holyfield and Fres Oquendo. On March 10, 1989, his manager Johnny "Ace" Smith was killed outside of the Page One Bar in Detroit and Jackie Kallen then became his manager. Under Kallen, Toney won the Michigan Middleweight title in 1990, knocking out Philip Morefield in the 1st round. In 2010, Toney transitioned in to a short-lived career in MMA (Mixed Martial Arts) at the age of 42. 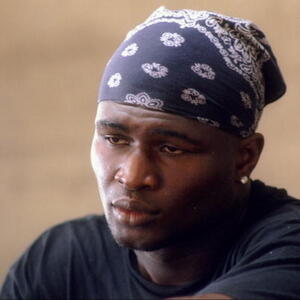