James Kirkland net worth: James Kirkland is an American professional boxer who has a net worth of $400 thousand. James Kirkland was born in Austin, Texas in March 1984. As an amateur boxer he has a record of 134 – 12. Kirkland won the Silver Gloves championship for four years in a row.

He could have competed at the Olympics but opted to turn professional to help provide for his family. Kirkland made his pro debut in August 2001 when he defeated Maurice Chalmers. In May 2008 he defeated Eromosele Albert to win the vacant WBO NABO Light Middleweight Title and bring his record to 22 – 0. Kirkland suffered his first loss to Nobuhiro Ishida in April 2011. In November 2011 he defeated Alfredo Angulo to win the WBC Continental Americas Light Middleweight title. Kirkland's last fight was a loss to Saul Alvarez in May 2015 to bring his record to 32 – 2 with 28 knockouts. He spent 30 months in prison for an armed robbery conviction in 2003. In 2009 he was sentenced to 24 months in prison and plead guilty to a firearm charge. He was arrested again in 2013 for assault. 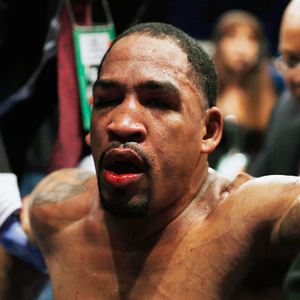