Hector Macho Camacho net worth: Hector "Macho" Camacho is a Peurto Rican born boxer who has a net worth of $100 thousand. Hector Macho Camacho was critically shot on November 12th 2012 and as of this writing still remains in extremely critical condition. Camacho was born May 24th, 1962 in Bayamon, Peurto Rico but his family moved to Spanish Harlem in New York when he was a young child.

Camacho was constantly getting into trouble as a teen but eventually focused on a boxing career. After excelling as an amateur, Hector turned professional where would go on to have 79 wins out of 88 fights with 45 knock outs and three draws. Camacho is 5 foot 6.5 inches and fought in the junior lightweight division. After retiring from boxing Camacho has had several run ins with the law. He was arrested in 2005 for burglarizing an electronics store in Mississippi, he was shot during a 2011 carjacking attempt and was accused of child abuse in 2012. 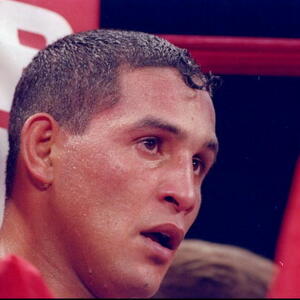