What is Gennady Golovkin's Net Worth?

Gennady Golovkin, also known as "GGG," is a Kazakhstani boxer who has a net worth of $30 million. Considered one of the best active boxers in the world and the best overall middleweight boxer, Golovkin has earned many achievements over the course of his career. These include two middleweight world championship titles. In 2019, he earned both the IBF and the IBO titles, and he previously held the unified WBA, WBC, IBF, and IBO titles from a period between 2014 and 2018. During this period, Gennady was widely considered the best pound-for-pound boxer alive.

Over the course of his career, he has beaten fighters like Milton Nunez, Daniel Geale, Marco Antonio Rubio, David Lemieux, Canelo Alvarez, and many others. Known for his sturdy chin, Gennady has never been knocked down after 393 fights (350 of those were as an amateur). During his amateur career, Golovkin won a gold medal in the middleweight division at the 2003 World Championships and a middleweight silver medal at the 2004 Summer Olympics. Outside of the ring, Gennady is known for his humbleness, his strong work ethic, and his love for traditional cuisine.

Gennady Gennadyevich Golovkin was born on April 8th of 1982 in Karaganda, Kazakh SSR, in the former Soviet Union. This area is part of Kazakhstan in the modern era. His father was a Russian coal miner, and his mother was a Korean laboratory assistant. Raised alongside three brothers (including a twin), Gennady started boxing at a young age alongside his older siblings. During his youth, Golovkin and his brothers would roam the streets, picking fights with grown men. His older brothers reportedly pressured him into many of these fights.

At the age of nine, Gennady witnessed his two older brothers join the Soviet Army. Soon afterward, he was notified that one of these brothers had been killed. Four years later, he received news that his second brother had also been killed while in the Army. Golovkin focused heavily on boxing from the age of 10, training with a coach named Victor Dmitriev in Karaganda. At the age of 10, he stepped into the ring and lost his first fight. He then began boxing competitively at age 11, winning a local tournament. Gennady was then forced to wait several years until he was allowed to fight against seniors, and a further seven years passed until he was accepted onto the Kazakh national boxing team.

Golovkin then started boxing internationally for the first time while earning a degree and a PE teacher qualification from Karagandy State University. He then earned a scholarship through his association with the Olympic team. In 2003, he defeated a number of high-profile boxers at the World Amateur Boxing Championships. Although he was essentially a "nobody" at this point, at least one commentator realized he was looking at a future star. 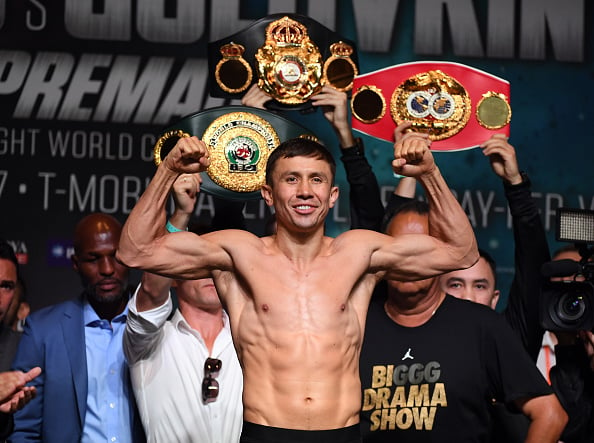 By the time Golovkin went pro in 2005, he was widely considered one of the top prospects in the world. After a brief contract issue stemming from his connection with a German promoter, he was given an interim title fight against Milton Nunez by the WBA. Nunez was defeated in just 58 seconds. Abel Sanchez then took a central role in training him, and immediately predicted that no fighter would want to take Golovkin on. Golovkin finally got a title fight in 2012 against Grzegorz Proksa. Proksa was handed his first-ever defeat by knockout.

Golovkin then defeated numerous opponents before being elevated to Super champion by the World Boxing Association. He had made ten successful title defenses. He then continued to defend his title on a number of additional occasions, making Sanchez's predictions come true. Virtually no one wanted to fight "Triple G." Kell Brook and Daniel Jacobs eventually stepped up, but they too were defeated. The only person who was able to prevent Golovkin from winning was Canelo Alvarez, who fought him to a draw in 2017. However, Alvarez proved to be the victor in 2018, beating Golovkin in a close and controversial match. Gennady followed up with a number of additional victories, with a third fight against Alvarez widely anticipated.

Golovkin is considered an intelligent "pressure fighter." This means that he typically tries to "swam" his opponent in a barrage of strikes that never seem to cease. The advantage of this strategy is that it negates an opponent's reach advantage. Pressure fighters also need to have excellent speed, stamina, and footwork. He is also known for his intense sparring sessions, during which he often fights much heavier, larger boxers. Will Clemons, a cruiserweight, once admitted that Golovkin made him "fear for his life" during their sparring sessions together. Clemons also called him the "hardest-hitting middleweight in history."

Between June of 2017 and June of 2018, Gennady Golovkin earned $25 million from purses and endorsements. This made him one of the highest-paid athletes in the world. He earned a $5-million purse when he first fought Saul Alvarez in September of 2017. His Pay-Per-View earnings reached a total of $22 million from this single fight against Alvarez. When the two had a rematch in September of 2018, GGG was guaranteed $15 million. It's likely that his earnings from the rematch topped $25-30 million.

In 2018, GGG signed a three-year, six-fight, $100-million deal with DAZN. This essentially comes out to $16 million per fight or $33 million per year. However, this all depends on whether he meets various milestones and actually is able to complete the fights. 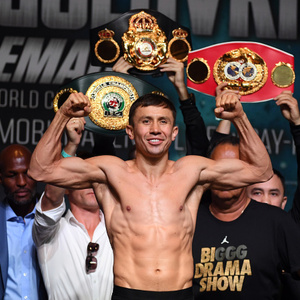