Frank Bruno net worth: Frank Bruno is a former English boxer who has a net worth of $10 million. Frank Bruno has earned his net worth from boxing in many high profile fights like the 1995 WBC heavyweight championship. He was born on November 16, 1961 in Hammersmith, England. Frank was raised with his five siblings in a terraced house in Wandsworth, South London.

He married Laura in 1990; they have three children and later divorced in 2001. After his professional boxing career ended, he remained a popular celebrity with the British public due to his involvement in a musical-comedy theatrical production known as Pantomime. At nine he began his boxing career at the local Wandsworth Boys Club he later was educated at a special school for 'problem' children in Sussex. Oak Hill School is where he learned to box more seriously. His professional boxing debut took place at the Royal Albert Hall, in Kensington, London, England, on March 17th, 1982 where he won with a first round KO against Lupe Guerra. His record stands 40 Wins and 5 Losses. 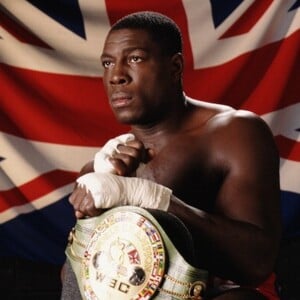