Patterson was the youngest boxer in history to win the title at 21 years old. He later became the first heavyweight boxer to regain the title after losing it. Patterson won a gold medal at the 1952 Summer Olympics as an amateur in the middleweight division. He was the Fighter of the Year as named by The Ring magazine and the Boxing Writers Association of America in 1956 and 1960. Patterson was inducted into the International Boxing Hall of Fame in 1991. Some of his most high profile fights were his two losses to Sonny Liston and two more to Muhammad Ali. Patterson finished with a professional boxing record of 55-8-1. Floyd Patterson passed away on May 11, 2006 at 71 years old. During his career Floyd earned $8 million in total purse money. 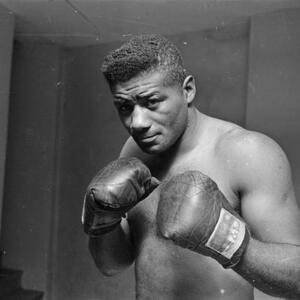