Floyd Mayweather Sr. Net Worth and Career Earnings: Floyd Mayweather Sr. is an American boxing trainer and former boxer who has a net worth of $5 million. During his boxing career, he established himself as a defensive specialist. During his time as a professional athlete, Mayweather Sr. was known as the "poet laureate of boxing" for being outspoken and reciting poetry about his opponents. He was also known for wearing colorful outfits including suits, ties, and shoes.

After finishing with a respectable record of 28 wins and 6 losses, Mayweather Sr. embarked on a successful career as a boxing trainer. He is the father of boxer Floyd Mayweather Jr, who is one of the most successful and wealthiest boxers of all time. Floyd Jr has been paid nearly $1 billion for his various fights and currently has a net worth of $450 million. Mayweather Sr.'s son is arguably his finest student. Mayweather Jr. learned many of his incredible defensive skills and strategies from his father.

Early Life: Floyd Mayweather was born on October 19th of 1952 in Amory, Mississippi. Although Floyd later became a successful boxer, his brothers took the spotlight. Roger Mayweather became WBC super featherweight and super lightweight champion, while Jeff (the youngest brother) once held the IBO super featherweight title. A particularly fierce rivalry developed between Roger and Floyd – even into their later years.

With all that said, Mayweather Sr.'s boxing record was nothing to scoff at. In 35 fights, he won 28 matches, ending 18 of them in knockouts. In 1977, Mayweather won the U.S. Championship Tournament, beating Miguel Barreto. That same year, he welcomed his son Floyd Mayweather Jr. into the world.

Training Career: While Mayweather Sr. was still a professional boxer, he started training his son. Thanks to his father, Mayweather Jr. was learning how to punch while he was a toddler. As Floyd Jr. grew up, his father continued to teach him various boxing skills. When the time came for Floyd Jr. to turn pro, his father served as his manager. Throughout the years, both father and son have had a tumultuous relationship, and Floyd Jr. eventually sought help from different managers.

Floyd Sr. is famous for his innovative defensive strategies. Chief among these is the so-called "shoulder roll," a technique that involves using the lead shoulder to absorb and deflect the impact of oncoming punches. In addition to training Floyd Jr., he had trained a number of other boxers. These include successful boxers such as Chad Dawson, one of the top light heavyweight boxers. He also trained former division champion Joan Guzman.

Floyd Sr. is also no stranger to training women, having managed and trained Laila Ali, a women's boxing champion. Perhaps his most notable student (outside of Floyd Jr.) was Oscar De La Hoya, whom he trained from 2001 to 2006. Things eventually became tense when Floyd Sr. was put in a position where he had to train De La Hoya to fight his own son. Eventually, Floyd Sr. agreed to do it – for a $2 million fee. In a somewhat anti-climactic fashion, De La Hoya chose to train with Freddie Roach instead.

Following this split, Floyd Sr. reunited with his son for the first time in many years. Floyd Jr. had previously been training with his uncle, Roger Mayweather (Floyd Sr.'s brother). However, Roger was serving out a 12-month prison sentence for sparking a riot at one of Floyd Jr.'s fights in 2006. With Roger out of the picture, Floyd Sr. stepped in and started training his son. 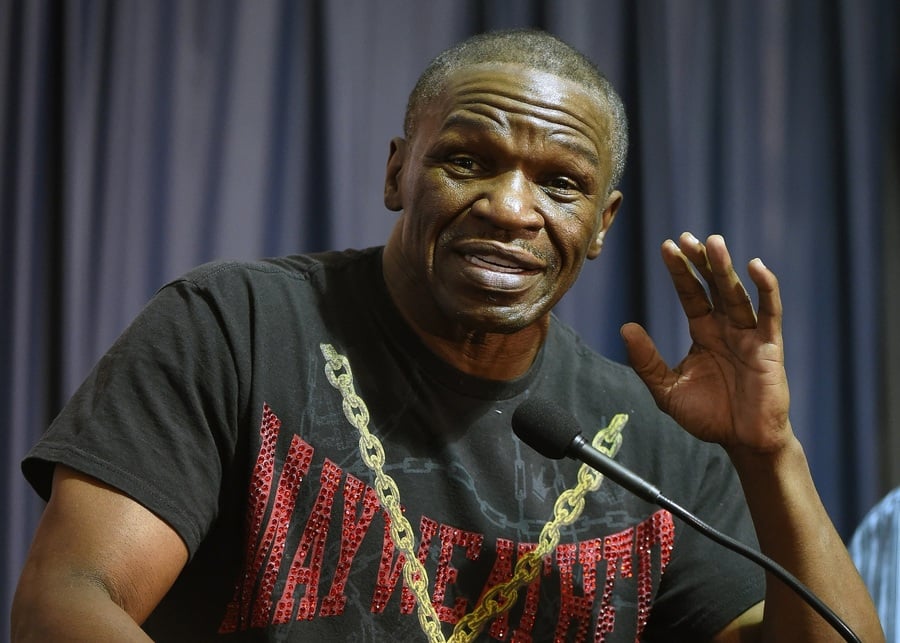 To Floyd Sr.'s dismay, his son simply waited until Roger was released from prison and then re-signed him as his trainer. In retaliation, Floyd Sr. returned to De La Hoya's corner… before the entire bout was canceled due to financial disagreements between the two fighters. Following this debacle, Floyd Sr. worked with British boxer Ricky Hatton in 2008. Although Mayweather Sr. helped Hatton win against Paulie Malignaggi, he looked on helplessly as his boxer was knocked out in his next fight against Manny Pacquiao. This ended Hatton and Floyd Sr.'s professional relationship.

Towards the end of the 2000s, Floyd Sr. finally reconciled with his son. Despite the fact that his brother Roger still trained Floyd Jr., the father accepted that "I don't need to train my son, I need a relationship with my son." During the next period, Sr. became more of an outspoken cheerleader for his son, claiming that Manny Pacquiao's abilities were the result of performance-enhancing drugs in the build-up to the Filipino's bout with Floyd Jr.

Of course, this approach backfired when a U.S. District Judge found that Pacquiao had adequate evidence to sue Floyd Sr. and his son for defamation and libel. The Filipino boxer was still seeking damages of $10 million as of 2011. In 2013, Floyd Jr. suddenly announced that his father would train him again for the first time in 13 years.

Although some observers assumed that this decision was based on Jr's somewhat lacking defensive performance against Miguel Cotto, the younger Mayweather insisted that he made the switch because of Roger's failing health. Ever since then, Mayweather Sr. maintained his role as the trainer of his son, leading him to a memorable victory against Manny Pacquiao towards the end of his career.

Health Issues: Mayweather Sr. suffers from sarcoidosis, a lung condition that causes inflammation and the growth of lumps called granulomas. Typical symptoms include wheezing, coughing, and shortness of breath.

Legal Issues: Floyd Mayweather Sr. has dealt with a number of legal issues over the years. In some interviews, Floyd Jr. claimed that his father was a "hustler" while he was growing up, and that his father once used him as a human shield against a gunman (the gunman then simply shot Floyd Sr. in the leg). In 1992, Floyd Sr. was sent to prison on drug trafficking charges for five years. In 2018, it was reported that Floyd Sr. was wanted for battery after assaulting a woman at the Las Vegas T-Mobile Arena. 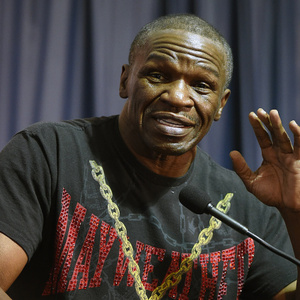