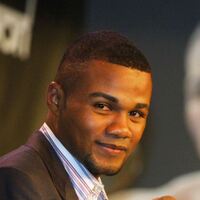 What is Felix Trinidad's Net Worth?

Félix Trinidad is a Puerto Rican retired professional boxer who has a net worth of $30 million. Known by his fans as "Tito" Trinidad, Félix is considered one of the best Puerto Rican boxers of all time. After turning professional at the age of 17, Trinidad went on to hold multiple world championships in three weight classes during a career that lasted from 1990 to 2008. He has defeated boxers like Maurice Blocker, Oscar De La Hoya, Fernando Vargas, William Joppy, and Ricardo Mayorga. Out of 45 total fights, he won 42 and lost 3. 35 of his wins came by knockout. Today, Félix is considered one of the best punchers of all time. He was inducted into the International Hall of Fame in 2014.

Félix Juan Trinidad García was born on January 10th of 1973 in Cupey Alto, Puerto Rico. Although he was initially raised in Fajardo, he and his family eventually moved to Cupey Alto. He met his future wife while still in secondary school, and they married four years after beginning their relationship. Trinidad and his wife have had four daughters together, and Félix has an additional daughter from another relationship. As an amateur fighter, Félix established an impressive record of 42 wins and 3 losses. He began boxing at the age of 12 and won a number of championships in his home country before turning professional at the age of 17.

In 1990, Trinidad turned pro and quickly beat Angel Romero in the second round with a knockout. He would go on to end nine of his first ten fights by knockout. After the initial fights, he began to fight more established opponents, like Jake Rodriguez. Although the fight went to the cards and Félix suffered a hand injury, he still claimed victory. However, he was then forced to recover for the next five months until his hand healed. In 1992, he continued fighting in the welterweight class, this time taking on Raul Gonzalez. He won by TKO.

Trinidad was then given a shot at the welterweight title, and he traveled to San Diego to face off against Maurice Blocker. He beat the then-IBF welterweight champion in two rounds. He then defended his title successfully for the next three years, beating opponents like Hector Camacho in 1994. In this fight, Trinidad claimed victory after the fight went to the cards. He then took on Yori Boy Campas later in 1994, which led to the first defeat of Campas' career when the fight was stopped. Campas had a broken nose due to Félix's solid combinations.

Trinidad then traveled to Mexico to fight Oba Carr, who was also undefeated at the time. Although Félix was knocked down in the second round, he later went on to score a number of knockdowns in the fourth round, leaving the referee no choice but to stop the fight and award Trinidad the victory by TKO. These title defenses continued for a number of years, with Félix seemingly unstoppable. He beat Mahenge Zulu with another excellent display of punching ability. 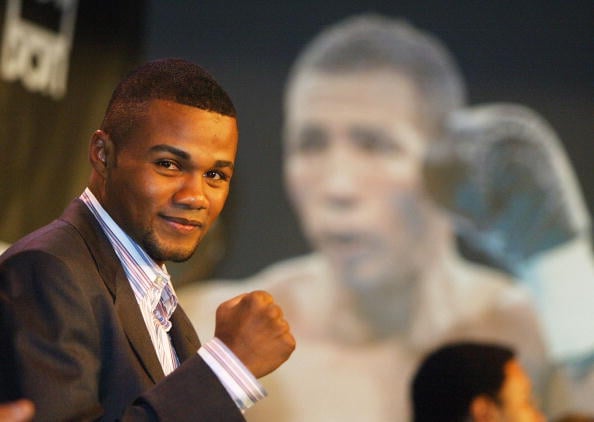 In 1999, Félix defended his title once again, this team against Pernell Whitaker. In his thirteenth successful title defense, Trinidad proved the more dominant fighter by the time it went to the scorecards, and he won via the judges' decision. Later in 1999, Trinidad took on Oscar De La Hoya in a "mega-fight" with the Lineal, WBC, and IBF welterweight championships on the line. It was an even match for the most part, but Félix was badly injured by Oscar and his eye prevented him from seeing Oscar's movements. Fortunately for Trinidad, however, De La Hoya backed off in the last two rounds, allowing Félix to finish the fight in a dominant style. The fight went to the cards, and Trinidad scored a controversial victory.

After this achievement, Félix vacated his welterweight championships and moved to the junior middleweight division. His goal was to fight David Reid, and he got his wish in 2000. The fight was close once again, but Trinidad was the winner according to the judges' scorecards. Later that year, he fought Fernando Vargas in a unification card. Félix quickly knocked Vargas down in the first round, and Vargas was knocked down many other times throughout the fight.

However, Vargas bounced back and landed a solid punch to Trinidad's jaw, sending him to the ground for the eighth time in his career. The fight went back and forth, and eventually, Vargas ran out of energy. This culminated in an epic final round that ended with a devastating left hook from Félix, sending Vargas to the ground once more. More knockdowns followed, and eventually, the referee waved off the fight to protect Vargas from further harm.

Following this, Trinidad opted to move up in weight once again to middleweight. He then claimed victory over William Joppy, but he was stopped by Bernard Hopkins when he was knocked down and his father entered the ring. This lead to a defeat by TKO. Félix then beat Hacine Cherifi before announcing his retirement. However, Trinidad would later return to fight Ricardo Mayorga in 2004, winning via TKO. In 2005, he lost via decision against Winky Wright and retired once again. He then returned a second time to fight Roy Jones Jr., although this also resulted in a loss. Trinidad's career then went on hiatus for the next couple of years before he finally announced his official retirement in 2009.