What is Don King's Net Worth?

Don King is an American businessman who has a net worth of $150 million. Don King is widely regarded as one of the most famous and successful boxing promoters of all time. He regularly made headlines for his unique image and his controversial actions. In terms of his career, Don King has represented some of the biggest names in boxing including Muhammad Ali, Mike Tyson, George Foreman, Evander Holyfield, Larry Holmes, Julio César Chávez, Andrew Golota, Félix Trinidad, Roy Jones Jr., and Marco Antonio Barrera. He was the promoter behind Muhammad Ali's most famous fights, the "Rumble in the Jungle" and the "Thrilla in Manila." Although many remain divided about his contributions to the world of boxing, it is undeniable that Don King has made an impressive name for himself.

Don King was born on August 20th of 1931 in Cleveland, Ohio. After attending high school, he attended Kent State University, although he soon dropped out. King's early involvements in organized sport were suspect, to say the least. He initially ran an illegal bookmaking operation out of the basement of a record store, but this operation came to a halt when King was jailed for murder.

While in prison, Don King spent most of his time reading and self-educating. Eventually, King would receive a full pardon for his crimes – but only after he had been released from prison for many years. Numerous high-profile figures wrote letters to the courts in support of King, which undoubtedly contributed to "cleaning up" his image.

Upon being released, Don King immediately started to pursue a career as a boxing promoter. An important first step in his career path was convincing Mohammed Ali to fight in a charity event that would help raise money for a hospital. After this, he formed a partnership with Don Elbaum. Elbaum had years of experience as a boxing promoter, and he already represented various successful boxers.

Don King's breakthrough came when he negotiated a record-breaking $10 million purse for the much-anticipated showdown between George Foreman and Mohammed Ali in 1974. The fight was promoted as "The Rumble in the Jungle," and took place in Zaire, Africa. Part of the reason Don King was able to reign supreme over other rival promoters was the fact that he managed to negotiate the purse with the government of Zaire.

In, 1975, King promoted another of Ali's fights, this time against Chuck Wepner. Although many assumed Ali would win against Wepner, the underdog managed to knock Ali down. Fortunately for Ali and King, the journeyman was knocked out in the dying seconds of the fight.

King's next major accomplishment came with the promotion of Ali's fight against Joe Frazier. Don King dubbed this meeting the "Thrilla in Manilla" because of its location in the capital of the Phillippines.

Although Mohammed Ali was a major focus for Don King, he also expanded his operation to work with many other successful boxers such as Larry Holmes, Salvador Sanchez, Roberto Duran, Mike Tyson, Wilfried Benitez, and Alexis Arguello, among others. This continued for many years after Mohammed Ali's retirement. 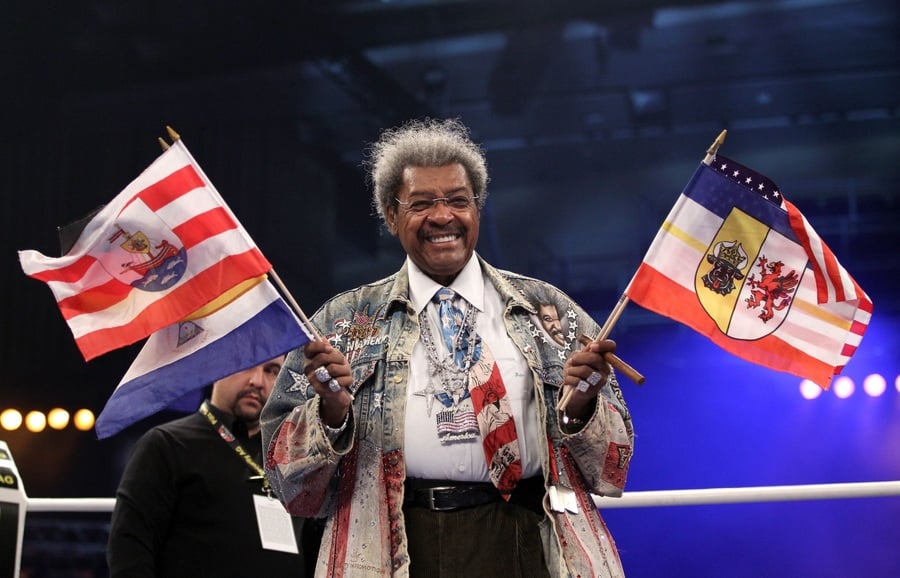 Activities Outside of Boxing

In addition to boxing, Don King managed Michael Jackson's Victory Tour. He also purchased a newspaper called Call and Post and ran it as the editor for many years.

When Don King operated his illegal bookmaking operation, he murdered two men. In one incident, King shot a man in the back while he was trying to rob one of his underground gambling establishments. In the other incident, Don King stomped a man to death because he owed King $600. The man was a former employee of King's. These two murders occurred between 1964 and 1967.

The court came to the conclusion that the first murder, in which King shot a man in the back, was justifiable homicide since King was being robbed. For the second murder, in which King stomped his employee to death, King was found guilty of second-degree murder. However, this would later be changed to nonnegligent manslaughter, as it was deemed to be "in the heat of the moment."

Don King has been sued by a number of boxers. Mohammed Ali took King to court in 1982, alleging that he had been underpaid to the tune of $1.1 million. The case was handled outside of court for a settlement of $50,000. Some have suggested that Ali was taken advantage of during this time, as he was in poor health and mental condition.

Larry Holmes stated that Don King cheated him out of $10 million in fight purse money. After suing King, the boxer agreed to take a settlement of $150,000. He also agreed not to say negative things about King in public.

Tim Witherspoon alleges that he was tricked into handing over more than 80% of his fight money to King and his associates. This is much more than is allowed by law. This meant that Tim Witherspoon was frequently handing over more than two-thirds of everything he made in each fight, including sanctioning fees and other payments that should have gone to the fighter. Witherspoon was also forced to train at King's own gym at a cost rather than train elsewhere for free. After suing King for more than $25 million, he eventually settled outside of court for $1 million.

Mike Tyson also thought ill of Don King. Tyson alleged that his promoter had cheated him out of millions of dollars over the decades in which they worked together. He eventually sued King for $100 million and settled for $14 million outside of court.

Many other boxers would eventually come forward with similar accounts. Some have even suggested that King threatened to have boxers killed or severely injured if they did not take certain fights or do certain things.

It is alleged that Don King was arrested more than 35 times for a variety of crimes. 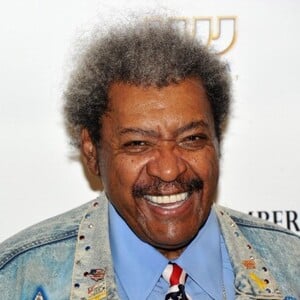