Devon Alexander net worth: Devon Alexander is a American professional boxer who has a net worth of $3 million. Devon Alexander was born February 10, 1987 in St. Louis, Missouri. Nicknamed "Alexander the Great", life in the ring began in the fall of 1995, when a former narcotics detective began teaching kids how to slip punches and throw hooks in the basement of an abandoned police station.

Thirty kids joined the boxing program. A stablemate of Alexander's, Cory Spinks, would go on to become welterweight champion but at least eight of the original 30 are now dead. A dozen have been arrested, including Alexander's older brother Vaughn. Devon had an outstanding amateur career, compiling a record of 300-10 under the tutelage of Cunningham. At age 17, He made his professional debut, defeating Vincent Torres by first round technical knockout in Sault Sainte Marie, Michigan. On February 5, 2005, Alexander defeated Donovan Castaneda by unanimous decision in front of 22,370 spectators. He won his next five fights before on July, 2006, at the Savvis Center in St. Louis, Missouri. On January 6, 2007, Alexander defeated Maximinio Cuevas by fourth round technical knockout at the Seminole Hard Rock Hotel and Casino in Hollywood, Florida. He won his next two fights against Marcus Luck and Cory Peterson before he went up against former WBO junior welterweight champion DeMarcus Corley on January 19, 2008, at Madison Square Garden in New York City. In 2009, he defeated Junior Witter by eighth round due to RTD 8 to claim the vacant WBC light welterweight championship. On October 22, 2010, he was stripped of the IBF Junior Welterweight title for not fighting the no. 1 contender, Kaizer Mabuza. On January 29, 2011, his next fight took place against Timothy Bradley, which he lost. 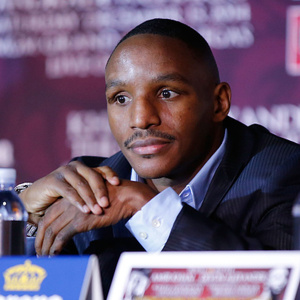