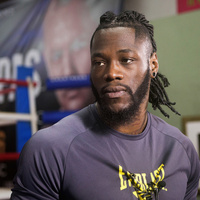 What is Deontay Wilder's net worth and career earnings?

Deontay Wilder was born in Tuscaloosa, Alabama on October 22, 1985. He attended Tuscaloosa Central High School where he graduated in 2004. While in high school he dreamed of playing football and/or basketball for The University of Alabama. In 2005 he had a daughter with then-girlfriend Helen Duncan. Their daughter was born with Spina Bifida and her health issues made attending The University of Alabama impossible. Instead he attended Shelton State Community College to stay close to his daughter. The decision forced Deontay to give up his dreams of playing division 1 college basketball and football. He briefly slipped into a deep depression and considered committing suicide, later revealing:

"You don't think about what effect it would cause for your family, your daughter, your kids and so forth and so on… In that state of mind, you just become selfish. You think of the inner pain and the outer pain that you're feeling right at that very moment in time."

Coming out of the depression, he chose to forget about basketball and football and focus his energy on boxing. Incredibly, he didn't begin training as a boxer until he was 20 years old. Two years later, he took the boxing world by storm, winning the National Golden Gloves and the US Championships. He went on to win a Bronze medal at the 2008 Olympics in Beijing. Wilder's amateur record was approximately 30 – 5.

Deontay officially turned pro at the age of 23 in November 2008. He won his first bout by TKO. He fought a total of nine times the following year, winning each bout in the first round. Between 2009 and 2012 he wracked up a 25-fight winning streak. All of those bouts were won by the fourth round.

His first major professional fight occurred on December 15, 2012 against Kelvin Price who entered the fight with a record of 13 – 0. Deontay knocked Kelvin out.

Deontay's winning streak continued from 2013 through late 2018  with notable wins against Audley Harrison, Jason Gavern and Chris Arreola among others.

On November 4, 2017, Deontay defeated Bermane Stiverne in a first round knockout. On March 3, 2018 he defeated Luis Ortiz in the 10th round to defend his title. He earned a career high $2 million guarantee for the fight. 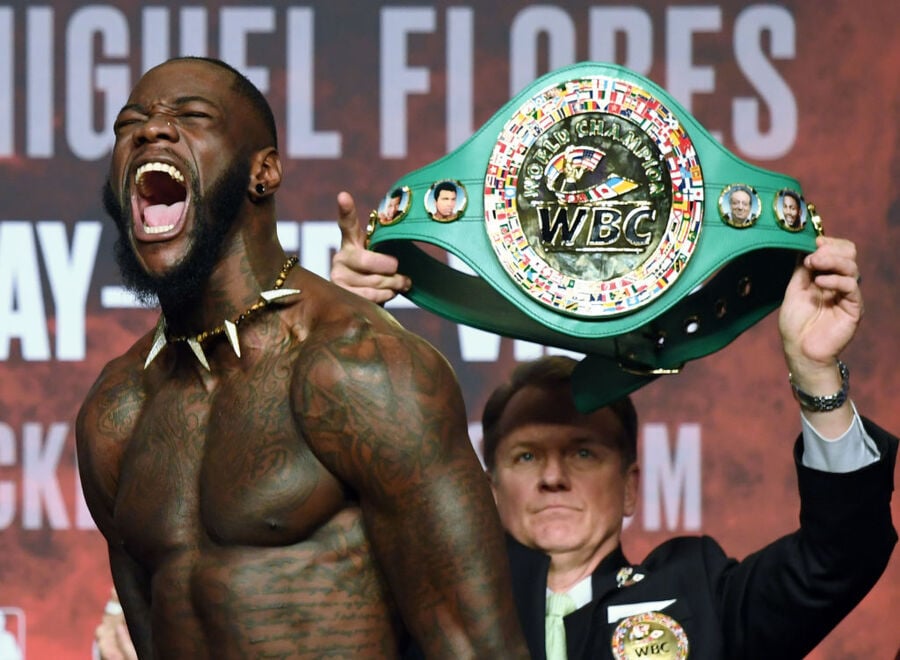 Deontay put up a 40 – 0 record when he was arranged to fight British/Irish heavyweight Tyson Fury. Three years earlier, Tyson had defeated Wladimir Klitschko in a match that stunned the world. The win should have set Tyson up for a massive rematch payday at some point, but unfortunately the boxer went on a two year drug and alcohol binge that resulted in him gaining more than 100 pounds and being declared medically unfit to fight.

Tyson and Deontay finally fought on December 1, 2018 in Las Vegas. More than 325,000 people paid to watch the fight on Pay Per View. Tyson was guaranteed $3 million while Deontay was guaranteed $4 million. When it was all said and done after 12 rounds, the boxing world was shocked to learn that the fight was called a DRAW. Fury and Wilder's total paydays ended up topping $10 million a piece.

On May 18, 2019 Deontay Wilder defeated Dominic Breazeale with a first round knockout. Deontay's take for the fight (purse and PPV earnings) will likely top $10 million.

On November 23, 2019 Deontay defeated Luis Ortiz for a second time. He earned $3 million base and was guaranteed $20 million for the rematch.

A rematch against Tyson Fury was scheduled for 2020. As the date approached it was revealed that both fighters were guaranteed $28 million plus a 50/50 cut of pay-per-view profits. The fight took place on February 22, 2020, with Tyson Fury coming out as champion with a TKO in the seventh round.

Deontay has 8 children. He has two daughters and a son with his ex-wife Jessica Scales-Wilder. As of this writing Deontay is engaged to television personality Telli Swift who was featured on the television show "WAGS Atlanta". He has a younger brother Marsellos who is also a professional boxer.