David Diaz Net Worth: David Diaz is a retired American boxer who has a net worth of $15 million dollars. A professional boxer in the lightweight division, David Diaz has won 36 of his forty career fights to date. He is also a former world champion and a three time Golden Gloves National light welterweight champion. Born on June 7, 1976 in Chicago, Illinois, US, he became notable for fighting in the lightweight (135 lb) division. With a strong amateur background that included incredible 175 fights, Diaz made his debut as a pro in November 1996 winning a bout against opponent Marcos Antonio Rodriguez. Since, he has enjoyed a predominantly successful boxing career, having managed to sustain a record of 26-0 before losing his first bout to Kendall Holt via 8th round technical knockout. That was the moment when Diaz aka Dangerous ended his reputation of being un-defeatable. However, he still rounded up his career with an impressive record of 36-4-1 (17 KOs), thus becoming a world champion once and being a three time Golden Gloves National light welterweight champion. His last boxing match took place at the Venue at Horseshoe Casino, Hammond, IN, United States in 2011, against Henry Lundy, where he lost the battle. David Diaz is now considered to be one of the few lightweight boxers to have fought with such sound names in the sport as Humberto Soto, Robert Frankel, Erik Morales, Jesus Chavez, and of course, Manny Pacquiao. 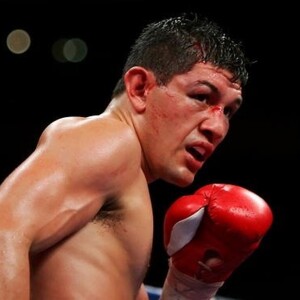