Danny Green net worth: Danny Green is an Australian professional boxer who has a net worth of $5 million. Danny Green was born in Perth, Western Australia, Australia in March 1973. He is known as "The Green Machine" and had his first amateur boxing match at 20 years old. Green represented Australia in the 2000 Summer Olympics.

He suffered his first loss to Markus Beyer for the WBC Super Middleweight Title in August 2003. Green won the WBC Interim Super Middleweight Title in December 2003 by beating Eric Lucas. He lost that title to Beyer in March 2005. In December 2007 Green defeated Stipe Drews to win the WBA Light Heavyweight Title. In November 2012 he beat Shane Cameron to win the IBO Cruiserweight Title which was later vacated. His latest fight was a win over Roberto Bolonti in August 2015 to bring his professional record to 34 – 5 with 28 knockouts. Green has an orthodox stance and has competed as a super-middleweight, light-heavyweight, and cruiserweight. 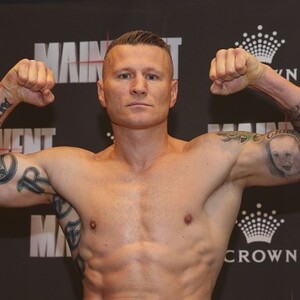