Danny Garcia net worth and purse history: Danny Garcia is an American boxer who has a net worth of $8 million. Danny Garcia was born in Philadelphia, Pennsylvania and began boxing when he was ten years old. His father was a former boxer and began taking him to the gym to train as soon as Danny had reached the age where he was legally allowed to do so.

His father has served as his primary trainer since the beginning. He began boxing professionally in 2007, when he was nineteen years old. He won his first professional fight by knocking out his opponent three times. The referee subsequently stopped the bout. He went on to win his first nine fights. He then went on to win the WBC Light Welterweight World Championship, and then became the WBA World Light-Welterweight champion. He is currently undefeated and holds the WBC, WBA (Super), and The Ring Light Welterweight titles. Of his twenty-six wins, sixteen of them were via knockout. In January 2017 Danny earned $2 million when he fought Keith Thurman. He earned a total of $4.5 million combined from his three previous fights. All of these figures are pre-taxes and pre manager fees. 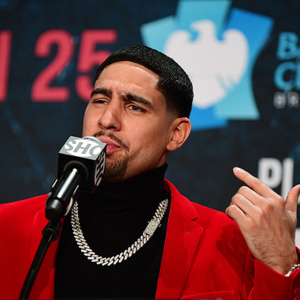