How much is Chuck Wepner Worth?

Chuck Wepner Net Worth: Chuck Wepner is a former American heavyweight boxer who has a net worth of $400 thousand. Chuck Wepner is best known for going through 15 rounds with world heavyweight champion Muhammad Ali in a 1975 world heavyweight title fight. Also, he made the headlines once again after it was revealed that he was the inspiration for the 1967 billion-dollar cinematic franchise Rocky. Born Charles Wepner on February 26, 1939 in New York City, Wepner made his debut as a pro in 1964 when he started posting numerous wins and some losses. In the ring also known as "The Bayonne Bleeder", he won 35 out of 51 total bouts in his career. Furthermore, he appeared in the book "Operation Bullpen" that tells the story of the $100 million fake autograph scam. The last chapters of the book reveal the John Olson-Chuck Wepner counterfeit scheme. Olson forged Muhammad Ali autographs on a variety of Ali merchandise, and then he sold the forgeries together with Olson. However, they both ended up being arrested by the FBI in 2002. Each of them got probation for their crimes. Now, Chuck Wepner works together with his wife Linda for Majestic Wines and Spirits, as an expert in consumer liquors, wines and spirits. Most recently, he hit the headlines with a film about his boxing career that was released in 2012, as well as a 2011 documentary titled "The Real Rocky". 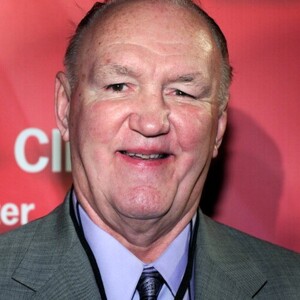