Chris Eubank net worth: Chris Eubank is a retired British boxer who has a net worth of $500 thousand. He has held world titles at middleweight and super-middleweight, and was a world champion for over five years. He was undefeated in his first ten years as a professional, and remained undefeated at middleweight. His eccentric personality made him one of the most recognizable celebrities of the time during his boxing career.

He was born on August 8, 1966 in South London, but spent his first six years in Jamaica. Upon returning to England, he lived in Stoke, Dalston, Hackney and then Peckham where he lived in impoverished surroundings. He moved to New York and made a fresh start when he was 16 years old. While living in New York he overcame his addictions to drugs, alcohol and shoplifting and began regularly attending church and school. In his spare time, he trained at the Jerome Boxing Club on Westchester Avenue.

He made his professional debut at the Atlantis Hotel and Casino on his 19th birthday and went on to build a very successful boxing career. When he retired, his boxing career consisted on 45 wins, 23 KO's, 5 losses, and 2 draws. Chris Eubanks is currently working in Angola, training and managing the potential Olympic Boxing Team as well as his son and protégé Chris Eubank Jr. He set up the Eubank Academy for Young People in Angola that he hopes will give the young people of Angola a chance to aspire to greatness through athletics. In 2005, Eubank was named the first ambassador GamCare, a charitable organization for which he was brought on to help encourage responsible gambling. Always known for his unique fashion sensibility, in 2010 Eubank began a new phase of his career as a designer of tailored suits for a Savile Row bespoke tailoring company called Cad and the Dandy.

Bankruptcy: That eccentric lifestyle caught up to him eventually and in November 2009 Chris Eubank was declared bankrupt. At the time he owed more than $1.5 million in back taxes alone. 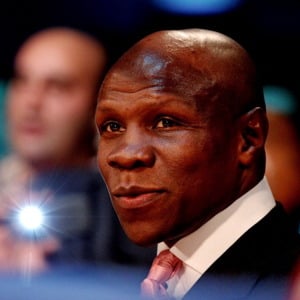