Carl Froch net worth: Carl Froch is an English professional boxer who has a net worth of $20 million dollars. Carl Froch was born in Nottingham, England, and is often referred to as "The Sheriff of Nottingham" by boxing fans. He began boxing when he was nine years old, and went on to win two ABA Middleweight titles, and a Bronze medal at the World Amateur Championships in 2001.

Since turning professional in 2002, he has fought in 33 bouts, and won 31 of them, 22 via knockout. He is a four-time world champion, and is the current IBF and WBA Super-middleweight champion. He was also the WBC super-middleweight champion twice. He has built a reputation for ending the winning streaks of other boxers, and the BBC ranked him as the best boxer in Britain currently. Both World Boxing News and BoxRec named him "Fighter of the Year" for 2012. 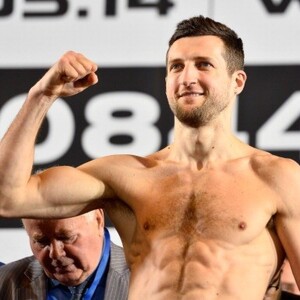