Bob Arum Net Worth: Bob Arum is a professional boxing promoter who has a net worth of $300 million. Known as the founder and CEO of the boxing promotion company Top Rank, Arum actually started out by working in the US Attorney's Office for the Southern District of New York. After his legal career, he went into the boxing industry and became highly successful.

Legal Career: Arum actually found himself working in the Kennedy administration as an attorney in the Department of Justice, but he switched his practice area after both John and Robert were assassinated in the 60s.

Bob subsequently found himself working as a lawyer for several Wall Street firms, including Phillips, Nizer, and Krim & Ballon. During this period, he conducted research into the details of Kennedy's assassination, eventually helping his senior partner Louis Nizer create the Forward to the Warren Commission Report. However, Arum was very aware that a legal career wasn't going to work out for him, as he was witnessing far too many deaths on a regular basis.

Not only were Robert and John Kennedy assassinated during his time in the Justice Department, but the high-profile suicide of Floyd Cramer in 1963 also convinced him to explore other career options. Cramer, the president of Washington Heights Savings and Loan Association, had been indicted for running a mortgage tax evasion scheme shortly before his suicide. Arum later stated that this convinced him that he was not "cut out to a prosecutor." That being said, Bob continued to practice civil law until 1979 while simultaneously venturing into the world of boxing promoting.

Boxing Career: As early as 1962, Arum was getting involved in the boxing industry, although at this point he was merely assigned by the Department of Justice to confiscate proceeds of a fight between Sonny Liston and Floyd Patterson. This experience allowed him to meet Lester M. Malitz, a CCTV pioneer who was working as a boxing promoter at the time. Arum then became Malitz's attorney. It wasn't long before Bob had become a boxing promoter himself. Arum met with figures like Jim Brown and Muhammad Ali, who taught him how to become an effective boxing promoter.

Eventually, Bob was given the role of vice president and secretary of Ali's promotion company, Main Bout. During these initial years, Bob shared control of the company with Mike Malitz, the son of Lester Malitz, and Jim Brown. During the 80s, Bob had gained the necessary experience to become a highly influential figure within the boxing world. He organized many of the sport's most memorable fights, including Marvin Hagler vs. Roberto Durán and Hagler vs. Thomas Hearns. In 1989, he produced the famous rematch between Thomas Hearns and Sugar Ray Leonard.

During the 90s, he worked heavily with well-known fighters like Michael Carbajal, Oscar De La Hoya, Manny Pacquiao, and Erik Morales. Towards the 2010s and beyond, Arum has focused mainly on Hispanic fighters, citing the immense popularity of boxing in the Hispanic community. As a result, many of his shows are held in cities with large Spanish-speaking populations. His most recent boxing stars include Miguel Cotto, Antonio Margarito, and WBC super featherweight world champion Óscar Valdez. In 1999, Bob Arum was officially inducted into the International Boxing Hall of Fame. 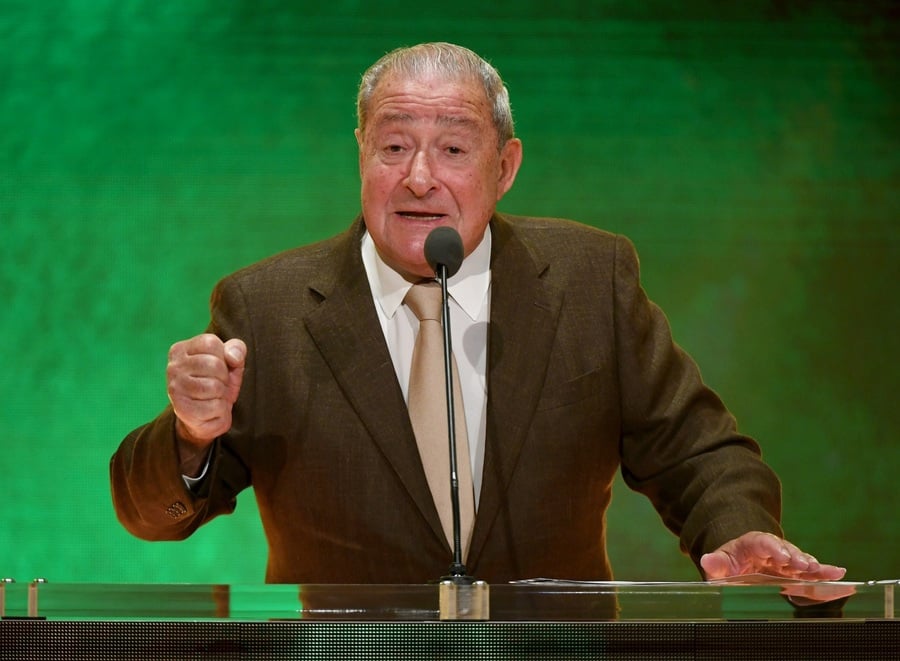 Controversy: Over the course of his career, Arum has been involved in countless controversies. His rise to prominence made him a rival of Don King, another legendary boxing promoter. He and Dana White have also had their fair of differences over the years. In the year 2000, he admitted to paying IBF president Robert W. Lee $200,000 in two installments as a bribe to approve a fight. Due to his testimony, Arum was only sanctioned and fined by the Nevada State Athletic Commission, while Lee was indicted for racketeering.

Oscar De La Hoya successfully sued Arum in 2001 and was released from his contract with Top Rank.

In 2004, Top Rank's office in Las Vegas was raided by the FBI. Arum was on vacation at the time, and the FBI allegedly conducted an investigation into reports that Top Rank was planning to fix an upcoming fight. In 2006, the investigation was closed with no charges being filed.

In 2007, Floyd Mayweather Jr. accused Arum of underpaying him and exploiting him during the early years of his career. Later, Floyd refused to comment about the issue.

Arum once sued HBO for trying to becoming a boxing promoter and trying to eliminate his business. Bob stated that HBO was wrong to drop Mayweather from an exclusive deal, and the matter was settled out of court. The suit was eventually settled out of court, but Arum continued to complain about HBO and stated that boxing promoters didn't need the network.

In 2009, Bob Arum accused the state of California was racist because it took away Antonio Margarito's boxing license due to illegal hand wraps. That same year, he himself was accused of being racist after he called UFC fans "skinheads." 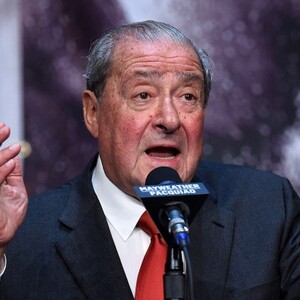