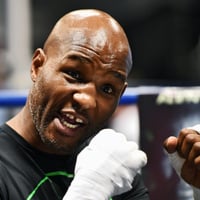 What is Bernard Hopkins' Net Worth and Salary?

Bernard Hopkins is an American former professional boxer with a net worth of $40 million. Nicknamed "The Executioner," Hopkins is widely regarded as one of the modern era's greatest fighters, having won 55 out of his 67 fights and holding various world championship titles across two weight classes. Bernard holds the record for Oldest Boxing World Champion at the age of 48. Today, Hopkins is a minority partner with the boxing and MMA promotion company "Golden Boy Promotions."

Bernard Humphrey Hopkins Jr. was born on January 15th of 1965, in Philadelphia, Pennsylvania, to his father, Bernard Hopkins Sr. and his mother, Sue Hopkins. Bernard grew up in the Raymond Rosen housing project, situated in Philadelphia's most crime-ridden area. By age 11, Hopkins was into petty theft, and within two years he was mugging people and had visited the ER three times with stab wounds. He later joined a gang, graduating to more severe crimes. In 1982, Bernard entered the Graterford Prison with an 18-year sentence, guilty on nine felonies.

While in prison, someone murdered Hopkins' oldest brother. Hopkins learned that the man who killed his brother would serve his sentence in Graterford Prison as well. The man eventually chose confinement instead of joining the general population. Hopkins later stated he was grateful, saying he would have killed his brother's murderer, resulting in him never leaving prison.

Bernard reported witnessing worse things in prison than he ever saw in the streets, "I saw guys beaten, raped, and tortured," and, after seeing a man murdered over a package of cigarettes, Bernard decided to change, "Something in me snapped. I knew that I had to be responsible for turning my own life around." When he was 21, a boxing program began in prison, and Hopkins discovered he had a passion for the sport. In 1988, after serving five years, Bernard was released from jail. Hopkins converted to Islam, swore off drugs, alcohol, and junk food, and never returned to prison.

Hopkins made his professional boxing debut as a Light heavyweight on October 11th of 1988, in Atlantic City, New Jersey, but lost to Clinton Mitchell. Hopkins continued fighting, winning several matches, but remained mostly unknown as a boxer. Bernard struggled to find meaningful bouts until May 22nd of 1993, when he faced off against one of the sports best, Roy Jones Jr., in a match for the vacant IBF Middleweight title. The fight lasted 12 rounds, with Bernard losing 116-112 by unanimous decision; however, the public now saw Hopkins as a serious fighter.

On April 29th, 1995, Hopkins earned the IBF Middleweight Title by knocking out Segundo Mercado in the seventh round. Bernard continued fighting, retaining his middleweight title, and on September 29th of 2001, Hopkins was challenged by Félix Trinidad for the vacant WBA Middleweight title. Trinidad was favored to win the match; however, in round 12, Hopkins landed a huge punch that won him the fight by technical knockout. Hopkins retained his IBF and WBC belts and untied the WBA title. This achievement earned Hopkins Fighter of the Year honors.

Bernard remained undefeated for several years, and in September of 2004, Bernard fought Oscar De La Hoya for the WBO Middleweight title. Hopkins won the fight by knockout in the ninth round and became the first-ever boxer to hold all four major championships. Bernard's streak ended in 2005 when he lost to Jermain Taylor. 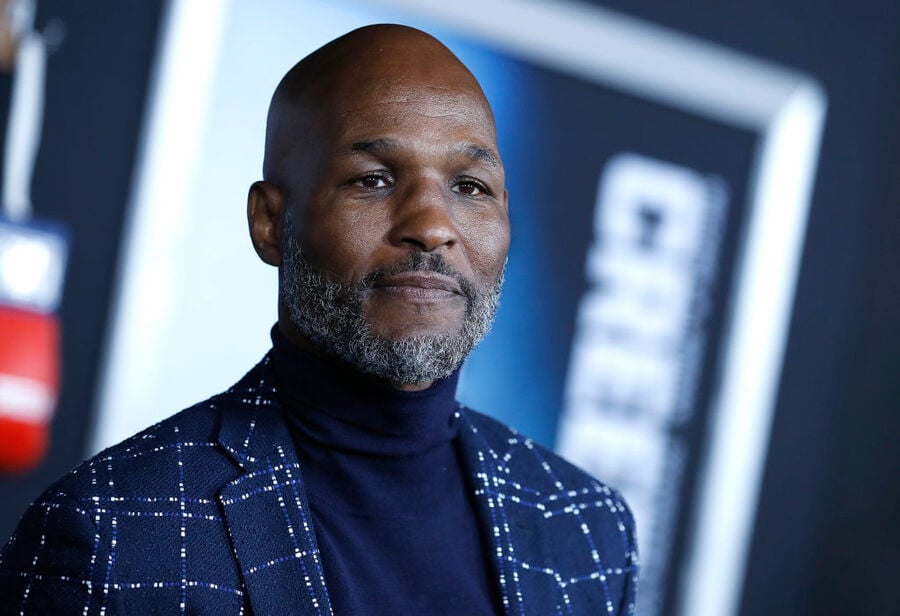 Hopkins was obsessively committed to physical conditioning and mastery of his craft, which allowed him to compete at an age when most boxers had retired. Bernard finally hung up his gloves in 2016 at the age of 52.

Bernard married his wife Jeanette in 1993. The two have been married ever since and have one daughter together, Latrice Hopkins.

Bernard Hopkins is known for his outspokenness and critical stance on people's racial backgrounds. In 2007, Hopkins met future-opponent, Welshman Joe Calzaghe, in a media room staged for two different fighters. Bernard and Joe began insulting each other, with Hopkins shouting, "You're not even in my league! I would never let a white boy beat me. I couldn't go back to the projects if I let a white boy beat me." Hopkins would later explain his comments, saying he intended to create hype for his fight with Calzaghe, rather than make any racial slurs. Joe Calzaghe ended up beating Bernard in April of 2008.

In 2011, Bernard Hopkins questioned Minnesota Vikings quarterback Donovan McNabb's racial credentials in a Philadelphia Daily News article. According to Hopkins, McNabb had a privileged childhood in suburban Chicago, and, as a result, he isn't black enough or tough enough, compared with himself, Michael Vick, or Terrell Owens. Hopkins said, "He's got a suntan. That's all. McNabb is the guy in the house, while everybody else is on the field. He's the one who got the extra coat. The extra servings. He thought he was one of us."