Benny Urquidez net worth: Benny Urquidez is an American kickboxer, martial arts choreographer, and actor who has a net worth of $3 million. Benny Urquidez was born in Tarzana, California in June 1952. He was known as The Jet and once held six world championships in five different weight classes. Urquidez finished his kickboxing career with a total of 49 wins, 2 losses, and 1 draw including 35 wins by knockout.

His fights were sometimes controversial due to ambiguous rules and contrasts in styles. Urquidez starred as Billy Ortega in the movie Force: Five in 1981. He appeared in and/or worked in the stunt department for several other films including Wheels on Meals, Fights to the Finish, Dragons Forever, Road House, The Fighter, Tango & Cash, Down the Drain, Ragin' Cajun, Bloodmatch, Gladiator, Diggstown, Street Fighter, Grosse Pointe Blank, And Now You're Dead, Spider-Man, 1408, Awaken, Underdog Kids, Blood In, Blood Out, Good Cop/Bad Cop, Hellbound, Con Air, The Big Hit, Safe House, Pearl Harbor, The Medallion, and more. 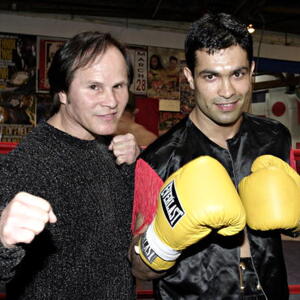