Austin Trout net worth: Austin Trout is an American professional boxer who has a net worth of $500 thousand. Austin Trout gained his net worth as the current WBA light middleweight boxing champion. This young boxer's track record is impressive by anyone's standards. As an amateur, Texas-born Trout claimed the title of the 2004 U.S. National Amateur Welterweight Champion and was a runner up of the 2004 U.S. Olympic boxing team.

His achievements continued into his professional career, winning the WBC Continental Light Middleweight title after a defeating Taronze Washington in 2009. Three years later, the father of three went on to win the WBA World Light Middleweight, defeating Rigoberto Alvarez. Trout continues to hold on to the title, defeating David Alonso Lopez, Frank LoPorto and Delvin Rodriguez. Arguably his biggest fight to defend his title was with former three division champion and second highest ranked boxer Miguel Cotto. To date, the fight is widely considered Trout's biggest achievement in his career. 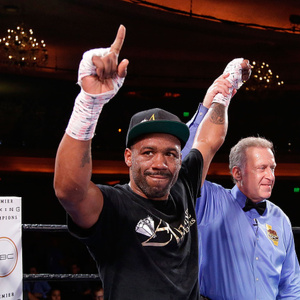