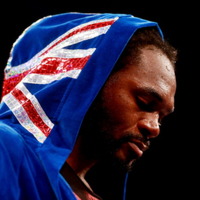 Audley Harrison Net Worth: Audley Harrison is a British professional boxer who has a net worth of $5 million. Audley Harrison was born in London, England in October 1971. He fights in the heavyweight division and stands 6'5 ½" and weighs 255 pounds. As an amateur boxer he became British super heavyweight champion in 1997. He won gold at the 1998 Commonwealth Games and at the 2000 Sydney Olympics. He was awarded an MBE and released his autobiography Realising the Dream in 2001. He also started A Force Promotions. He signed a deal with the BBC for $1 million pounds to show his first ten pro fights. In 2004 Harrison won the World Boxing Foundation Heavyweight Title after defeating Richard Hersisia. His first loss came in 2005 when he lost to Danny Williams to put his record at 19-1. In 2009 he defeated Coleman Barrett in the finals of the Prizefighters Heavyweight Tournament. In 2010 Audley defeated Michael Sprott to win the EBU European Heavyweight Title. In 2013 Harrison defeated Derric Rossy to win another Prizefighters Heavyweight Tournament Final. His last match was a loss to Deontay Wilder in April 2013. He announced his retirement but shortly decided to return to the sport. Audley participated in the reality series Strictly Come Dancing in 2011 and is featured on the reality show Celebrity Big Brother. He is married to Raychel and the couple has two children together.