Antonio Tarver net worth and earnings: Antonio Tarver is an American professional boxer who has a net worth of $1 million. Antonio Tarver has earned his net worth as a former Ring magazine, IBF, WBC, WBA and IBO light heavyweight champion. Tarver was also the IBO cruiserweight champion. Nicknamed the "Magic Man", he was born on November 21, 1968 in Orlando, Florida. Tarver made his professional boxing debut at the age of 28 on February 18, 1997. This debut fight took place at the Blue Horizon in Philadelphia, and Tarver emerged the winner after a second-round knockout of Joaquin Garcia. His amateur career was impressive and included winning a bronze medal at the 1996 Atlanta Olympic Games as a representative of the United States. He was the 1993 and 1995 United States amateur Light Heavyweight champion and 1994 National Golden Gloves Light Heavyweight champion. Tarver starred in the 2006 film Rocky Balboa, playing the role of heavyweight champion Mason "The Line" Dixon. Tarver filed for Chapter 11 bankruptcy protection eight days before a fight against Ray Jones, Jr that took place on May 15, 2004 in Las Vegas. Tarver won this rematch in the second round after landing a knockout punch to Jones. Tarver has made several television appearances during his career and co-hosted an ESPN's "Friday Night Fights" for one telecast. He also appeared on the cover of Ring and KO Magazine. 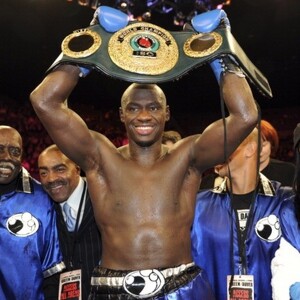