Anthony Ogogo net worth: Anthony Ogogo is an English professional boxer who has a net worth of $3 million. Anthony Ogogo was born in England in November 1988. He competes in the middleweight division and is promoted by Golden Boy Promotions. Ogogo started boxing at 12 years old and won a Gold Medal at the 2004 Junior Olympics. He also won Gold at the IABA Cadet World Championships in 2005 and won a Silver Medal at the 2010 Commonwealth Games in Delhi, India. Ogogo represented Great Britain at the 2012 London Olympic Games where he won a Bronze Medal. His professional boxing debut was a win over Kieron Gray in April 2013. Ogogo defeated Ruslan Schelev in July 2015 to bring his record to 8 – 0 with four knockouts. He has competed in the reality TV series Big Brother: Celebrity Hijack, Splash!, and Strictly Come Dancing. 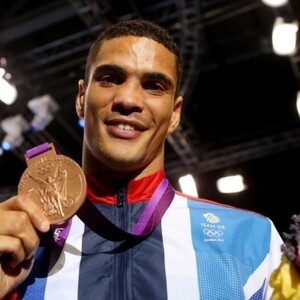