What is Andre Berto's Net Worth?

Andre Berto is a Haitian-American professional boxer who has a net worth of $30 million. Andre Berto is a two-time former welterweight champion who held both the WBC and the IBF titles in a period between 2008 and 2011. In 2015, he held the WBA interim title.

Andre began his boxing journey as an amateur boxer, winning the National Golden Gloves tournament in 2001 and 2003. He then went on to represent the United States at the 2003 World Championships and won a bronze medal. Switching allegiances, Berto then represented Haiti at the 2004 Olympics but failed to win a medal.

In 2004, Andre made his professional debut and quickly began making a name for himself. His speed, power, and toughness all became talking points, and many experts pegged him as an up-and-coming champion. His peak came in 2011 when he won the WBC welterweight title. At one point, he was considered the third-best welterweight behind Manny Pacquiao and Floyd Mayweather Jr. After losing to Victor Ortiz in 2011, Berto's career started to decline significantly, although he eventually beat Ortiz in a 2016 rematch.

Andre Michael Berto was born on September 7th of 1983 in Winter Haven, Florida. Raised by Haitian immigrants alongside six siblings, Andre quickly became involved in combat sports from a young age. Many of his siblings later went on to become professional kickboxers or mixed martial artists, but Berto focused on boxing. He allegedly learned how to box after he was beaten up by his classmates at school. In later years, the sport of boxing helped Berto avoid crime and other risks associated with his low-income neighborhood.

Andre Berto first arrived on the boxing scene in 2003, when he won a bronze medal at the World Championships as an amateur boxer. Two Golden Gloves wins soon followed, and he also won the National PAL championship twice. In addition, Berto won 22 state titles in Florida.

During the run-up to the 2004 Olympics, Berto was expected to join the United States boxing team. However, he was disqualified after throwing another boxer to the canvas during trials, and he was not considered for the team. Berto then switched allegiances and joined the Haitian Olympic team, competing in the 2004 Olympics despite his earlier issue. However, the Olympics proved to be a bit of a disappointment for Berto as he was eliminated in the first round by French boxer Xavier Noel.

After the Olympics, Andre went professional and started making a name for himself with the defeat of fighters like Miguel Figueroa and Noberto Bravo. In 2007, he faced a more difficult challenge when he fought Cosme Rivera, but he was able to win via decision. Further victories came against David Estrada and Michael Trabant before Berto set his sights on greater goals. 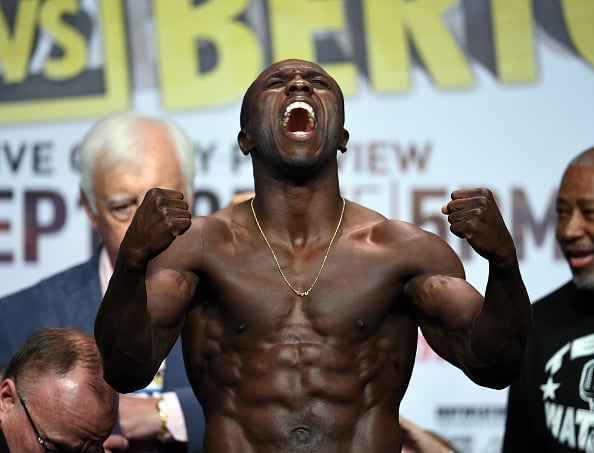 In 2008, Andre claimed the welterweight title for the first time by defeating Miguel Rodriguez. He then defended his title against Steve Forbes and Luis Collazo, with the latter giving Berto a run for his money. Andre ended up winning in a controversial decision. Victories continued against fighters like Juan Urango, Shane Mosley, Carlos Quintana, and Freddy Hernandez.

In 2011, this string of victories came to an end when Berto was finally stopped by Victor Ortiz. It was one of the biggest upsets of the year. Bouncing back from defeat, Andre beat Dejan Zavec to become the new IBF welterweight champion. Berto then immediately attempted to organize a rematch against Ortiz, but he tested positive for a banned substance and the bout was canceled. Later, it was revealed that this positive result was caused by contamination.

What followed was a string of defeats over the next few years accompanied by an injured shoulder. A notable loss came against Floyd Mayweather Jr. in 2015 before Berto finally got his rematch against Ortiz in 2016. Beto won the fight. Andre's career then fluctuated over the next few years, with his last major fight coming in 2018 against Devon Alexander, which he won.

In 2006, Berto paid about $340,000 for a modest home in Winter Haven, Florida. The home spans 2,874 square feet of living space and is nestled into a cul-de-sac within a gated community. He later attempted to sell this home for $274,000 in 2017, although he seemed to struggle to find a buyer. In 2016, it was reported that Berto had surprised his mother with a $1-million dollar property, also located in Winter Haven.

In 2017, Andre spent $6.62 million on a home in Beverly Hills, California. He listed the home for sale in 2018 for $9 million. The residence is located in a neighborhood that many other celebs call home, including Corry Hong, Victorino Noval, and billionaire Elaine Wynn. Berto's home features almost 5,000 square feet of living space, 5 bedrooms, and smart home technology. In addition, the home sits on a third of an acre. Outside, there is a small yard with a pool. Andre actually got a pretty amazing deal on the home, as the previous owner had listed it for $9.75 million back in 2016. This means that Berto snatched up the home for $3 million less than the original asking price.

In 2019, it was reported that Andre was selling his home in Beverly Hills with an initial asking price of $9 million. He had been trying to flip the home since 2018. When no buyers seemed interested, he cut the price to $7.995 in 2019. As of late 2019, Berto still couldn't seem to find any potential buyers for his property. In 2020, it was announced that the home still hadn't sold. He subsequently cut the price once again, this time going down to $7.195 million. This was his fourth price cut in just three years. 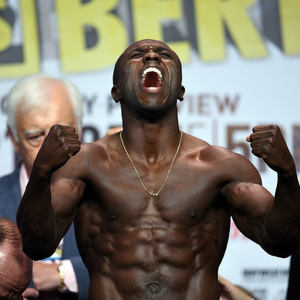