What is Amir Khan's Net Worth?

Amir Khan is a British former professional boxer who has a net worth of $40 million. Amir Khan is one of the highest-paid British boxers in history and held the WBC Silver welterweight title from 2014 to 2016.

Born in Bolton, England, Amir Iqbal Khan is a descendant of the Janjua Ranjput, a royal warrior clan in Pakistan, his family's homeland. He graduated from Bolton Community College and is part of an athletic family. He focuses on boxing but is also an accomplished athlete in cricket, football, and basketball. He began boxing competitively while in elementary school, winning multiple honors by age 11, including Gold at the 2003 Junior Olympics and multiple Junior ABA titles. He went on to represent Britain in the 2004 Summer Olympics and won the Silver medal.

In 2008, he began his professional career by defeating Martin Kristjansen for the Commonwealth Lightweight title. After winning a few more bouts he sacked his longtime trainer, Oliver Harrison. He then began training with Jorge Rubio, but the combination was not a good one. Eventually, he began working with Freddie Roach and found his stride again. He continued to win professional bouts throughout the rest of his career seeing his per-fight earnings skyrocket.

In what some say was probably his greatest victory, Amir Khan took on Argentinian Marcos Maidana on December 11, 2010. It was his fourth defense of his WBA world super-lightweight title. The Boxing Association of America coined it the "Fight of the Year," and it lived up to the hype. Khan got off to a fast start dropping "El Chino" with a vicious body shot in the first round. But the fight continued on, and in the tenth round, Maidana landed a big overhand right that had Khan wobbling. But Amir somehow pushed through and gutted out one of the most resilient rounds of his career. Khan won the fight via unanimous decision with scorecards of 114-111, 114-111, and 113-112. 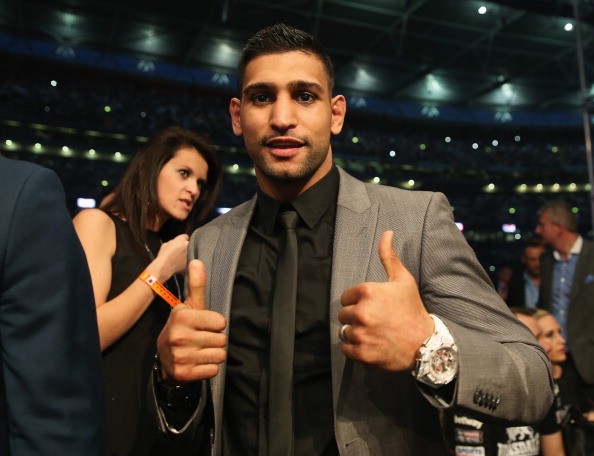 Amir Khan claimed he has earned more than $80 million over his boxing career. In 2010's Khan vs. Malignaggi fight, the HBO purse was $1.5 million with Amir taking $1.1 million and Paulie the remaining $400,000. The aforementioned Khan vs. Maidana fight had Khan set to make $1.5 million and Maidana $550,000. One of his biggest paydays was when he fought Canelo Alvarez in 2016. He was guaranteed $2 million with Alvarez getting $3.5 million. But with Khan collecting 40% of PPV shares, this bumped his total income to around $20 million for the single fight.

Amir Khan has a history of supporting charities and being involved in communities. In 2004, he helped raise money for victims of the Indian Ocean tsunami, and the following year visited Pakistan to provide food after the Kashmir earthquake. His own charity organization, the Amir Khan Foundation, has taken on a number of projects including the Water Wells project to provide wells in drought-stricken areas of Asia and Africa, the Gambia orphanage, the Orphan AID project to provide aid for Syrian refugees in Greece, and work alongside Barnado's children's charity in Britain. 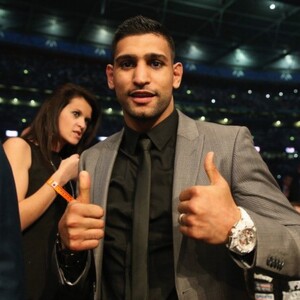