Adrien Broner Net Worth and Career Earnings: Adrien Broner is an American professional boxer who has a net worth of $6 million. Broner has held multiple world championship titles in four different weight classes. He is considered one of the best welterweights in the world and one of the best pound-for-pound boxers on the planet. Outside of the ring, Broner is known for his raucous behavior and his legal issues.

Early Life: Adrien Jerome Broner was born on July 28th of 1989 in Cincinnati, Ohio. By the age of six, he was learning how to box. The mean streets of Cincinnati were quite rough during his uprbrining, and Adrien later admitted that if it weren't for boxing, he probably would have become involved in dangerous street gangs.

Career: After amassing an impressive record of 300 wins and 19 losses as an amatuer fighter, Broner turned professional in 2008. That year, he knocked out Allante Davis, David Warren Huffman, and Ramon Flores – all in the first round. He finished off the year without losing a single match. His matches in 2009 were not as easy, and he faced fighters like Jose Alfredo Lugo and Erick Ricker. He also knocked out Angel Rodriguez in the fourth round that year. More fights followed, and Broner still proved victorious against githers like William Kickett and Tommy Atencio. He ended 2009 without a single loss.

His first big fight came in 2011 when he faced former Super Bantamweight champion Daniel Ponce De Leon. It was a tough fight, but Broner walked away with a win. Things went better when Adrien took on Jason Litzau, and he beat him in the first round.

Although Broner was intent on facing Ricky Burns next, he settled for Vicente Martin Rodriguez later in 2011. Not only did Adrien knock out Rodriguez in the third round, but he also won the vacant WBO Super Featherweight World title. He then successfully defended his WBO belt against challenger Eloy Perez – once again finishing the fight with a convincing knockout. Unfortunately, Broner failed to cut his weight down to 130 pounds before a fight against Vicente Escobedo, and he was stripped of his title.

Broner moved to the lightweight weight class, starting with a convincing win against Antonio DeMarco. While DeMarco was the number-one rated lightweight at the time, Broner knocked him down in the sixth round and claimed the world title. While Adrien still wanted to fight Ricky Burns, he was once again forced to settle for another fighter, Gavin Rees, instead. It was another dominant victory for Broner. 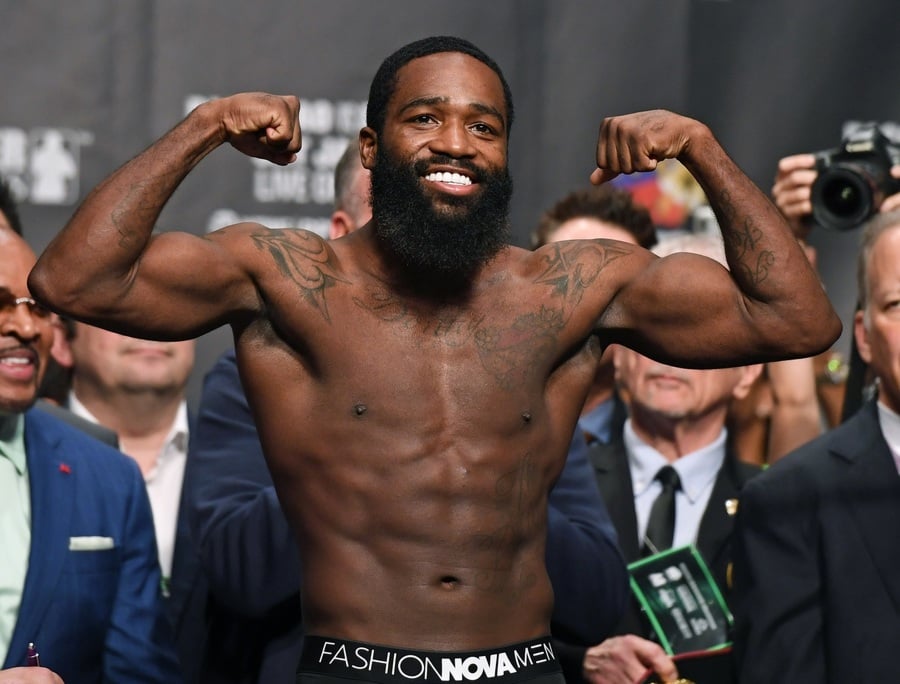 Having no luck in securing a fight against Burns, Broner went up two weight classes to fight Paulie Malignaggi as a welterweight. It was a tough fight, but Broner won in a controversial split decision. Both fighters walked away with six-figure winnings, although Broner won $250,000 more than Paulie with a total sum of $1.5 million. His title defense against Marcos Maidana did not go well, and the Argentine boxer controlled the fight to hand Broner his first defeat as a professional.

After beating Carlos Molina and Emmanuel Taylor, Broner fought Shawn Porter despite wanting to fight Maidana again in a rematch. Despite knocking Porter down in the 12 round, Broner lost the fight in a unanimous decision, as it was Porter who had controlled most of the fight. He then returned to the light welterweight division to win against Khabib Allakhverdiev, claiming his fourth world title in the process. He was then stripped of his title ahead of his title fight against Ashley Theophane for failing to meet the 140-pound limit. The fight went forward, and Broner defeated Theophane in the 9th round with a TKO.

Boxing Earnings: On April 21, 2018, he earned a guaranteed $1 million to fight Jessie Vargas, a match that ended in a controversial draw. Broner's purse for his January 2019 fight against Manny Pacquiao is guaranteed at $2.5 million before Pay Per View bonuses.

Real Estate: In 2016, Broner gave fans a tour of his new $6-million mansion in Atlanta through the popular app Snapchat. He made sure to show off the grand staircase and saltwater swimming pool while reminding viewers that he was not renting this residence.

Legal Issues: Broner has struggled with a number of legal issues over the course of his life. In 2016, he was charged with a misdemeanor after allegedly choking a waitress at a nightclub. In 2017, he was arrested after a warrant was issued due to his failure to appear in court. Later in 2017, Adrien landed in hot water after video surfaced of him knocking out a fan. After failing to appear at his arraignment, a warrant was issued for his arrest. Broner later stated that he wasn't aware of the hearing being scheduled.

In 2020, Broner was found in contempt of court by a judge while he was attending a hearing for an assault lawsuit. This was in connection to a 2018 incident when he had allegedly assaulted a woman at a nightclub. Adrien was found in contempt because he had repeatedly failed to hand over documents and evidence. Specifically, Broner was asked to provide evidence as to why he was unable to pay the $800,000 judgement that he had been ordered to pay the woman he assaulted.

Things got awkward when an Instagram video surfaced that showed Broner throwing around large stacks of cash – despite the fact that the boxer had claimed in court he had just thirteen dollars to his name. In a statement, the judge in charge of this case said that Adrien "continually defied every court order I've given." After pleading guilty to two misdemeanors as a result of the nightclub incidence, Broner was placed on probation for two years. He violated his probation not long afterward and was arrested for drunk driving. This put the boxer behind bars for seven days. 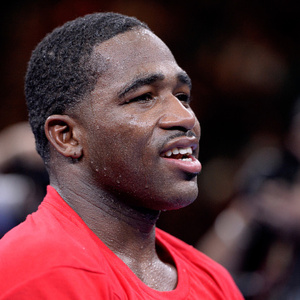