Xander Bogaerts net worth: Xander Bogaerts is an Aruban professional baseball player who has a net worth of $20 million. Xander Bogaerts was born in Oranjestad, Aruba in October 1992. She is a shortstop who bats and throws right handed. Bogaerts represented the Netherlands and won a gold medal in the 2011 Panama Baseball World Classic.

He made his Major League Baseball debut in 2013 for the Boston Red Sox. Xander Bogaerts won a Silver Slugger Award in 2015 and 2016. He was an All-Star in 2016 and won World Series championships in 2013 and 2018. Xander Bogaerts signed a $4.5 million salary with the Red Sox in 2017. In 2018 he agreed with the team to a $7.05 million salary and in 2019 his salary was increased to $12 million. Later that year the team announced that Xander Bogaerts signed a six year contract extension for $132 million. His twin brother Jair was a member of the Red Sox before being sent to the Chicago Cubs. 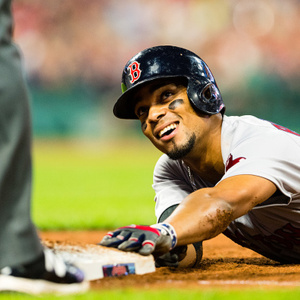