Wilson Alvarez Net Worth: Wilson Alvarez is a Venezuelan retired professional baseball player who has a net worth of $21 million. Wilson Alvarez was born in Maracaibo, Zulia State, Venezuela in March 1970. Alvarez was a pitcher who batted and threw left handed. He was signed as an amateur free agent by the Texas Rangers in 1986.

Alvarez made his Major League Baseball debut for the Rangers in 1989. From 1991 to 1997 he pitched for the Chicago White Sox and also played for the San Francisco Giants in 1997. He played for the Tampa Bay Devil Rays from 1998 to 1999 and then again in 2002. Alvarez finished his career playing for the Los Angeles Dodgers from 2003 to 2005. During his career he was an MLB All-Star in 1994 while playing for the White Sox. He also pitched a no-hitter for Chicago in August 1991. Alvarez finished career with a record of 102 – 92 with 1,330 strikeouts and an ERA of 3.96. He has coached for the State College Spikes and became pitching coach of the Gulf Coast League Orioles in 2013. He was also a pitching coach for Venezuela in the 2013 World Baseball Classic. 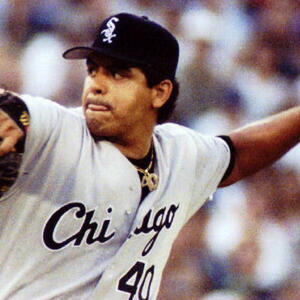