Willie McGee Net Worth: Willie McGee is a retired American professional baseball player who has a net worth of $12 million. Born in San Francisco, California, in 1958, Willie McGee was drafted straight out of high school during the seventh round of the 1976 amateur draft by the Chicago White Sox.

He debuted about eight years later on May 10, 1982 with the St. Louis Cardinals. McGee played with St. Louis for close to a decade until he became a member of the Oakland Athletics in 1990. He later played with his hometown San Francisco Giants from 1991 until 1994, the Boston Red Sox in 1995, and the Cardinals a second time from 1996 until 1999. McGee, a right-handed outfielder, is a four-time MLB All-Star who won three Gold Glove Awards (1983, 1985, 1986) and a Silver Slugger Award in 1985. He is a two-time National League batting champion and won one World Series championship with the Cardinals in 1982. McGee was named the National League Most Valuable Player in 1985. He is a member of the St. Louis Cardinals Hall of Fame. McGee finished his pro playing career with a .295 batting average, 2,254 hits, and 856 runs batted in. Following his retirement, he landed a position as the special assistant to the Cardinals' general manager. 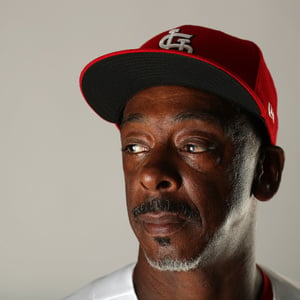