Vida Blue net worth, career earnings and salary: Vida Blue is an American retired professional baseball player who has a net worth of $1.5 million. Vida Blue was born in Mansfield, Louisiana in July 1949. He was a pitcher who threw left handed and was a switch hitter. Blue also played football as a quarterback in high school.

He threw a no-hitter in his senior year on the baseball team and threw 21 strikeouts in 7 innings. He was recruited to play college football but signed a deal with the Oakland Athletics. Blue made his Major League Baseball debut for the As in 1969 and played for the team until 1977. He also played for the San Francisco Giants from 1978 to 1981, the Kansas City Royals from 1982 to 1983, and the San Francisco Giants again from 1985 to 1986. He was a three time World Series champion from 1972 to 1974. Vida Blue was a six time MLB All-Star and pitched a no-hitter on September 21, 1970. He also pitched a combined no-hitter on September 28, 1975. Blue won the AL MVP and AL Cy Young Award in 1971 when he was also the AL ERA leader. He was inducted into the San Francisco Giants Wall of Fame. During his career, Vida earned a total of $1.4 million in salary. His biggest paycheck came in 1986 when he earned $450,000 from the Giants. That's the same as earning around $1 million in today's dollars. 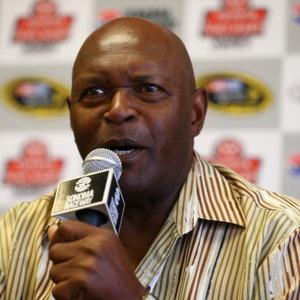