During his career he has also been awarded the three Gold Glove Awards as well as a Silver Slugger Award. Wells is second all time for the Toronto Blue Jays in career hits, homeruns, doubles, runs, RBI and total bases. Wells was born in Shreveport, Louisiana on December 8, 1978, his father played CFL football, and Wells grew up in Arlington, Texas where his family moved in 1988. Wells played quarterback at Bowie High School in Arlington; he also played an outfielder on the school's baseball team. He had an impressive senior year batting .565 with 7 home runs and 20 RBI's. Wells signed a letter of intent to attend the University of Texas at Austin to play baseball and football (as a wide receiver), before entering the Major League Baseball Draft. Wells was round one's fifth pick in the 1997 amateur draft, by the Toronto Blue Jays, he spent several years as a top prospect in the Blue Jays organization. He also played in the Australian Baseball League with the Sydney Storm, from 1999 through 2001 Wells was a regular September call-up and played in 57 games. On January 21, 2011Wells was traded to the Los Angeles of Anaheim, in exchange for catcher Mike Napoli and outfielder Juan Riveria. His year started out rough but got better by the game in Toronto on August 12th, he received a standing ovation before his first at bat; he followed that up by belting the first pitch thrown by Brandon Morrow over the left-center field fence. 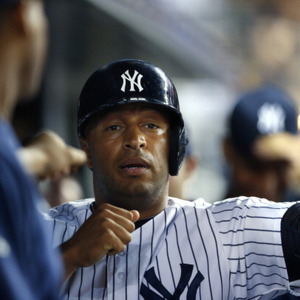