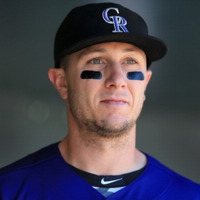 Troy Tulowitzki net worth and salary: Troy Tulowitzki is an American professional baseball player who has a net worth of $60 million dollars. Troy Tulowitzki was born in Santa Clara, California in October 1984. Troy played for Fremont High School where he lettered four times in baseball and twice in basketball. He was a three time team MVP and as a junior had a batting average of .536. In 2002 he was named Fremont High Athlete of the Year. He played his college ball for California State University, Long Beach. While in college he was selected to the United States collegiate national team. He helped that team win a gold medal in the World University Baseball Championship. Tulowitzki was drafted by the Colorado Rockies as the #7 pick in the 2005 Major League Baseball Draft. He made his Major League debut in 2006 for the Rockies and has played for the club his whole career. In 2010 and 2011 Troy won both a Gold Glove Award and Silver Slugger Award. He has been selected as an All-Star four times. He is one of the few players who have ever turned an unassisted triple play. Tulo was named the National League player of the Month in April 2014. He married his high school sweetheart Danyll Gammon in 2009. In 2010 Troy Tulowitzki signed a 10-year $160 million contract that brought his average annual salary up to $20 million. On December 11, 2018 Troy was released from his Blue Jays contract. The Jays essentially decided to pay Troy $38 million to NOT play for them.